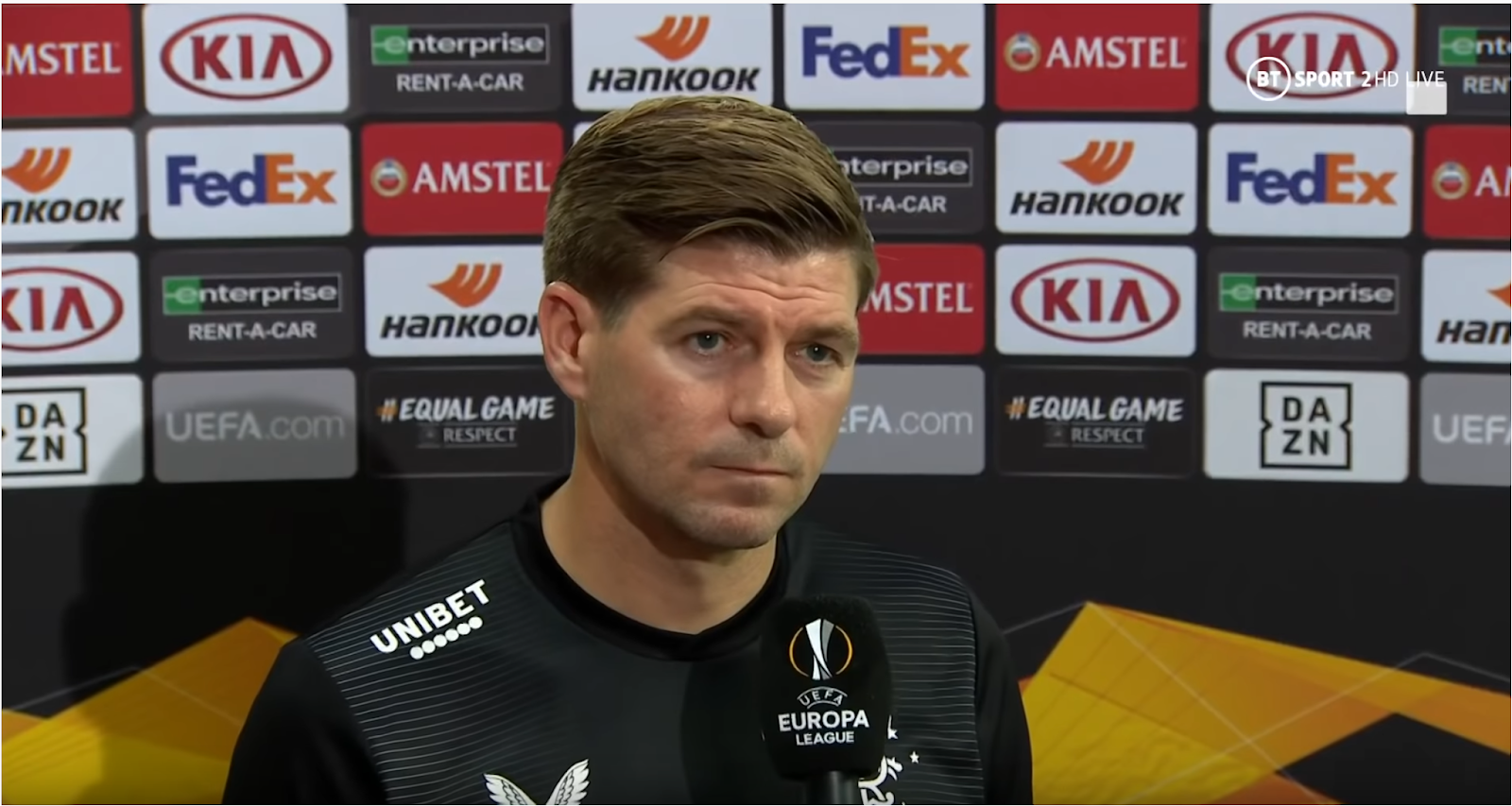 A touch has been made of what happened last night with Steven Gerrard re: Alfredo Morelos.

Three incidents stand out and represent what appears to be a monumental breakdown between player, manager and club:

1: Morelos, like as in pre-season and January onwards, showed no effort, heart, quality or discipline. As we have clearly stated in a previous entry, he IS still running and working, but it’s with no coherence to the rest of the team, with no heart, and he’s playing like someone with a head turned and guts focused elsewhere.

2: Gerrard announced Morelos’ head has been turned. In his post-match interview he said:

“Everyone knows Alfredo (Morelos) has had his head turned. There is no denying that. We just move forward and my focus is on the team and the players that want to be here.”

Some fans have decided these quotes are fictional but sadly they aren’t. He said this in a moment of post-match emotion on national TV to Emma Dodds that is available to view here.

3: The complete blanking of each other when Gerrard removed Morelos in the second half. Not the first time the Colombian has come off with a petted lip recently and behaved with little dignity. Just ask the family of David Hagan (RIP).

Whether it’s just the interest in him from Lille and other clubs, or whether more has happened behind the scenes, Steven Gerrard and Alfredo Morelos appear to have had a complete relationship break down and Gerrard’s admission that he’s only interested in the players that ‘want to be here’ confirms the Rangers boss will not select Morelos again.

Furthermore, his decision to select the Colombian last night was in the absence of having any viable alternative – we talk about how he could have used Mebude, or McPake, or Middleton – but Gerrard isn’t the kind of manager to risk a young player on such a high-pressure occasion. And Stewart is really a very poor man’s backup.

Now that the boss has new signings Cedric Itten and Kemar Roofe to call upon for this Sunday’s visit of St Mirren, Morelos will, at best, be on the bench, and is unlikely to feature as a starter again for this club.

Sooner he can be sold, the better.