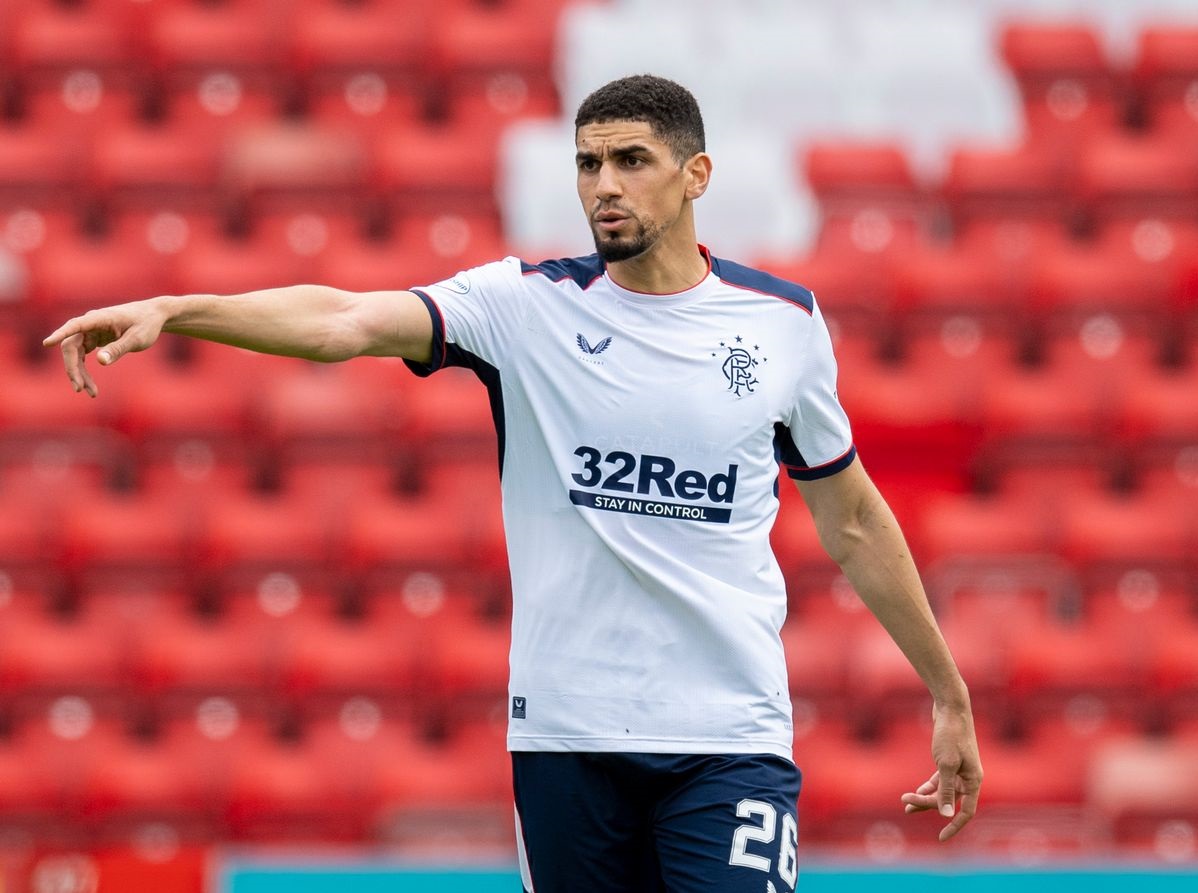 When we saw the starting lineup today, an eyebrow was raised.

Not only did we feel for George Edmundson, unceremoniously dumped back to the bench after a good pre-season, but we were very surprised Steven Gerrard elected to start new signing Leon Balogun at the tricky venue that is Pittodrie.

We needn’t have worried at all.

Balogun, while not exactly put through the hardest 90 minutes he’ll ever face (although that post absolute flattened him and we weren’t the only ones cringing with an ‘oooft’ at the replay), looked absolutely the part, and his 32-years on this planet showed as the Berlin-born Nigerian international strolled through the debut 90 like he’d been in the shirt his whole life.

He will go through much harder tests than this, we think (this was supposed to be a hard test), but if this little sample was anything to go by, Steven Gerrard has made a very, very shrewd signing here indeed.

His reading was excellent, his composure solid, and he looks a unit – a big lad with surprising pace for both his frame and age.

This was, of course, a free acquisition, and it looks to be a very, very good one – there was even a pretty clear understanding with Goldson, who must just appreciate an older defender with the experience of Balogun next to him.

He’s only ever had one such elder by his side before, and that was Gareth McAuley, who, in truth, he also thrived under the leadership of.

Well, in Balogun, Rangers might finally have the true proper alpha defender they’ve sought to lead the line at long last.

And if today’s start for this partnership was anything to go by, no one else is getting a look in for a long time.

Are you happy with Leon Balogun?
Created with PollMaker