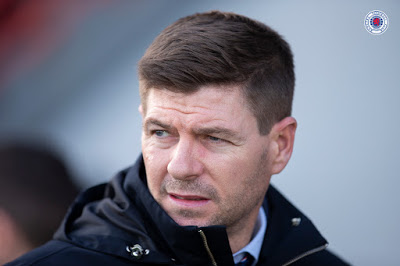 We write this one with a heavy heart, and make no apology for it ‘sounding negative’, but we wanted to know how you felt about pre-season preparation and sadly the results do not make for inspiring reading.

With pre-season lacking any major signings and having culled a significant amount of chafe and dead wood from the squad, fans don’t seem overly optimistic at present about either the work in the window or the manager’s own ability.

The way last season petered out didn’t help, and the needed surgery required hasn’t yet materialised, so we asked you to tell us how you felt, and gave you as expansive a set of options as we could.

Least popular was ‘all going well’. It managed just 10% of the vote, and if it’s even remotely representative of the wider fanbase, just a tenth of Rangers fans are happy with the window and pre-season so far.

Taking up 49% of the vote was a 25% and 24% split for ‘going ok’ and ‘could be a lot better’, respectively, which shows at least half the fanbase isn’t particularly satisfied right now.

And lastly the runaway winner ‘it’s poor’, with 41% to itself.

Now this isn’t an article on what we think, it’s the results of what you said, what you voted, in numbers.

We’d say there’s plenty time left, but sadly, there actually isn’t – we’ve only got less than three weeks to be ready, and a tonne of surgery is needed still to reinvigorate this squad.

And the votes seem to represent that.

Pick up the pace guys, seriously.