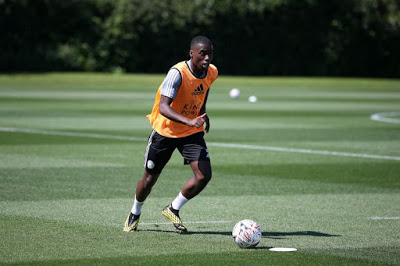 In yet more bizarre Rangers pre-season news, Steven Gerrard’s next signing is likely to be both another Leicester kid, and another young RB.

We’ve mentioned Dennis Gyamfi on here before, the 18-year FB a free agent and linked to a move north, but now Steven Gerrard has opened talks about the Leicester lad, in an inexplicable move when we’ve just sold Matt Polster having promoted 18-year old RB Nathan Patterson to the senior squad.

We’re not gonna lie, we don’t understand the transfer policies this summer; why on earth are we moving for another 18-year old RB?

It isn’t for the Academy or the dev squad any more than his former team mate Calvin Bassey was, and we already have two RBs, one senior, one promoted.

The only possibility is Patterson isn’t deemed good enough, and was only ‘promoted’ in the absence of having no other deputy for James Tavernier.

Plus we’re bewildered as to the switch from plundering Liverpool’s unwanted kids to now Leicester’s?!

With stories like this doing the round, believe us, we are trying…