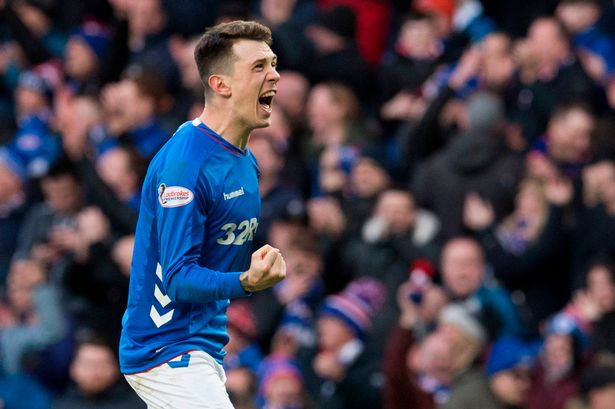 Ibrox Noise was all ready to do a piece on Ryan Jack, when our crucial midfielder appeared in the press talking about life at Rangers and his aspirations for the new season.

A surprise absence from the shirt launch (definitely puzzling that one), Jack has probably been the biggest beneficiary of the new manager, and with arguably one of the best midfielders of all time coaching him a player of his quality could only get even better.

His first season was hit and miss at best, but the second and third were major major improvements under Stevie, and Jack became absolutely colossal in the heart of Rangers’ engine room.

Make no mistake, Ryan Jack is the kind of player Rangers need to win the title; the standard of the former Aberdeen captain is up there with the quality Walter used to have at his disposal, likewise team mate Scott Arfield.

Both of these two are critical, both lead through the middle and many advocate Jack for the captaincy while not being too unhappy if his Canadian international captain chum got it ahead of him.

If you have any doubt about Jack’s importance to Rangers, no player aside James Tavernier had more of the ball in our amazing trip to Braga. No player passed the ball more accurately in a Rangers shirt than Jack, showing just how critical he is to ball retention, and his 7 tackles, clearances and interceptions showed just how central he was to all areas of the pitch especially defence.

He’s grown into a complete powerhouse midfielder, able to defend, attack, and thanks to Gerrard’s coaching has clearly added efficiency in the last third to his game.

That the wrong choice was made when the manager took over is a bone of contention for many fans, and probably always will be.

But even if neither Arfield nor Jack ever gets the armband under this manager, they are still leading by example, and Jack especially is kind of priceless to how the manager plays the game.

We have to say, he’s one of the best Bosmans we’ve ever signed.