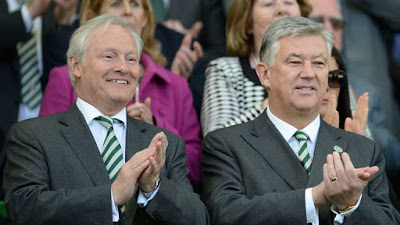 After the fixtures were announced only yesterday, the immediate reaction was once again of how deep the SPFL actually are in Uncle Peter and Celtic’s pockets.

If we overlook the comical absurdity of Rangers getting the hardest possibly opening day match, and Celtic the easiest, then there’s also Doncaster bending over backwards to ensure the opening Old Firm clash takes place at Celtic Park and potentially in front of the first crowds Scotland could be allowed this season.

Of course, the reality is that crowds probably won’t be back in football in the UK/Scotland until next year, but government suggestions that could see an autumn return for crowds allowed, in whatever context, is rather perfect timing to give Celtic a home advantage, just like Mr Neil Lennon esquire requested.

We know the SPFL are against us, and yes, we clearly drew a responsive battle line ourselves following the farcical ‘vote’ procedure, but they are still the supposed ‘neutral’ governance of our national league game and supposed to hold all views equally and run the game impartially.

And further to Doncaster’s shameless paymaster allegiances he got himself that promotion to a critical Uefa board, thanks, pretty certainly, to Uncle Peter putting in a nice word for him at the annals of Nyon.

So why wouldn’t he carry on giving Celtic and co what they want?

This season already appears a fix before it starts. Ridiculous opening day fixtures, Celtic getting a home Old Firm when they wanted it – we wouldn’t be shocked at all if Lennon himself sniped Niko from a distance with an air pistol supplied courtesy of Doncaster Leisure Arms Inc.

No One Likes Us We Don’t Care.

True, but they’re actively hijacking us now as well!