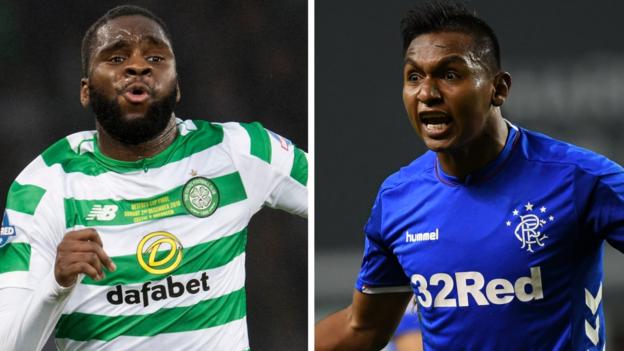 Yesterday’s scandal over the racist abuse Alfredo Morelos suffered during a live stream event is not only a despicable indictment of the mental illness of Scottish society, but a sad reflection of Celtic fans and the depths they’ll plummet to.

Let us share this quote from Edouard earlier this year:

“Personally I have never had any experience of that (racism). If I had then you would all know. But I haven’t had it and I don’t get involved in issues that don’t really concern me. Life is good. I live well in Glasgow and I really like the city.”

And yet Morelos has suffered it constantly throughout his time in Glasgow.

Why? Because he plays for Rangers.

And yet not an ounce, rightly, upon Edouard because Celtic fans wouldn’t racially abuse their own.

We don’t know who the perpetrator of Morelos’ abuse was recently, but we know what team he supports:

Pretty clear. And yet Edouard has never suffered any because, frankly, while Rangers have had issues in the past with bigotry and sectarianism among some fans, we really don’t believe our fans are racist at all.

Police Scotland will investigate this attack, and we hope the perpetrator is brought to justice – banter and ‘craic’ are fine, but stuff like that goes over the line and is unacceptable in 20th century Britain.