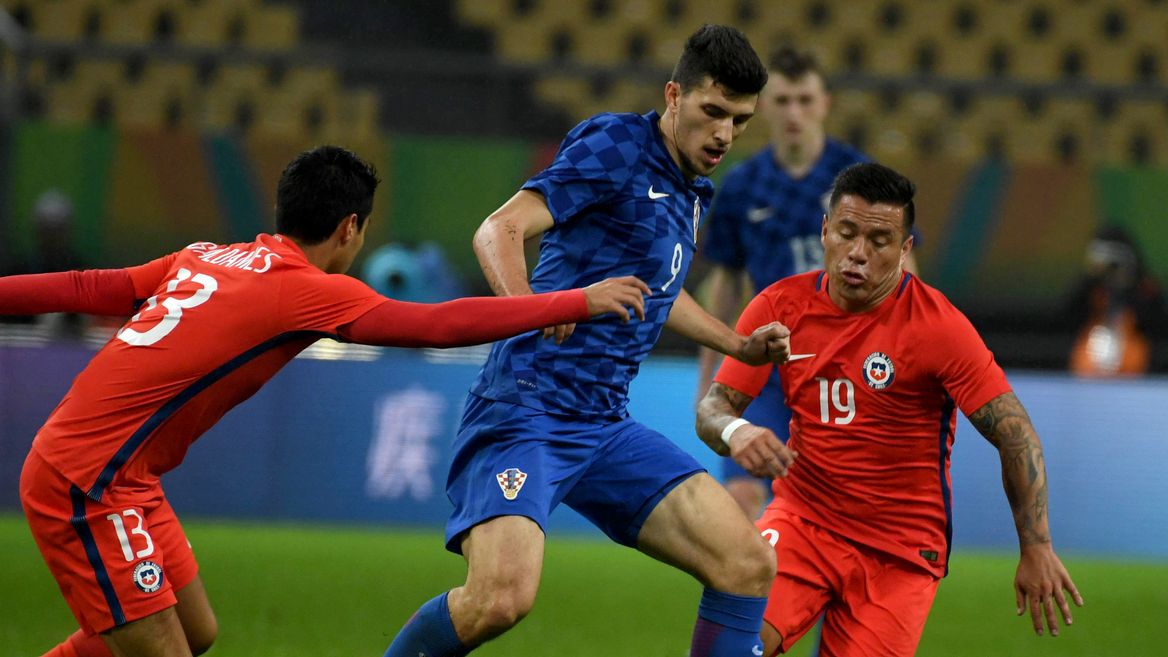 The wires are going ‘mental’ this morning after Osijek’s Mirko Maric was spotted at Ibrox being given an apparent tour in advance of his move to Rangers as Alfredo Morelos’ replacement.

The wantaway Colombian confirmed his eagerness to get a move out yesterday, and Rangers are now basically down to zero out-and-out strikers for Saturday’s trip to Pittodrie, and it’s been with some haste that the move for the former target has been re-engaged.

Maric was supposed to be making a move to newly-promoted (from C) Serie B side Monza, but that deal has fallen through, and opened the doors again for Rangers to quickly secure their long-term target.

In terms of his stats, characteristics, his goal rate is decent, if nothing incredible. He’s a roughly 1 goals in 3 appearances centre-forward, having plied most his career in his adopted homeland Croatia (he’s Bosnian-born), along with spells in Hungary and Bosnia.

He’s a big lad, nearly 6ft 2, and he fits the apparent profile of the large forward who can hold the ball up, but he’s a slightly unknown quantity at higher levels than Croatian football, with only a couple of caps for his country and 10 goals in 34 Europa League qualifiers.

As for his style?

Might be tall but he’s said to be poor in the air, losing out most aerial duels, but he’s an intelligent player who uses space well to create more for those around him. He also doesn’t shoot a lot, but he’s clinical with the shots he does get.

His main game is link up play, the ability to hold the ball up, advance the team, and make plays move forward – and that intelligence of movement is massive – he really knows when to move, when not to, and how to use the turf around him to his advantage.

If Rangers are looking for a direct Morelos replacement, goalswise, this probably isn’t our man – he also won’t win much in the air at all. But he is a good striker in terms of what he does bring.

The question is whether those attributes will be useful in Scotland.

The other big caveat is the best he could do before Rangers was a move to a promoted Serie C side.

We shall see if he’s the right man.