Home Rangers New signing: who will Zungu replace at Ibrox? 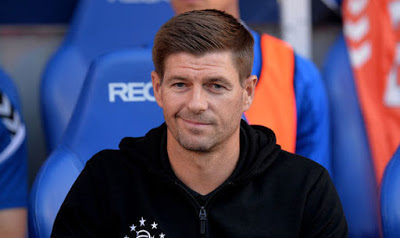 With Bongani Zungi seemingly close to completion, not to mention his own social media hint of watching last night’s match featuring the Famous, we have to ask the big question:

Who does the South African replace?

Steven Gerrard only plays three men in midfield, and they’re chosen from a pool of:

The players who most play are Jack, Arfield, Davis, Aribo and Kamara – the three slots cycle between those five players.

There are two defensive midfielders there, in Davis and Kamara. One central in Arfield. One attacking in Aribo. And one all-rounder in Jack who fits in any of the three slots but mainly plays as a hybrid CM/DM.

Add Zungu in and suddenly the picture changes. There will be six midfielders now pushing for the three shirts, with McCrorie and Docherty surplus, let’s face it. McCrorie will be deployed as a backup, for both midfield, and if the Lyon match is to go by, defence. But Docherty is unlikely to get a look in, and Zungu’s signing only shoves him further off the pecking order.

So whose place does the South African get in the XI?

We can’t see anywhere that Ryan Jack is going – he will remain a first-choice, albeit one that might have to be managed a little going by that dodgy knee.

Arfield isn’t getting much younger but he’s still strong and highly-favoured by management and fans alike. He is going to remain a regular fixture.

Davis too, while maybe not being used every match, will remain a critical component of this midfield.

It’s Aribo and Kamara that might just be a little vulnerable outright, and Zungu is likely to take their places. Of a sort.

Now, bear in mind both Jack and Davis are respectively not immune – Jack will have injury issues, and Davis is aging. Arfield also isn’t in his absolute prime any more. And that is probably how Zungu will be deployed. It is unlikely those three will be available every match, and Zungu will get a tonne of game time as a result of replacing any given one of them. It’ll be a touch rotational, and we do now wonder what the future is for Aribo and Kamara. Docherty and McCrorie we’ve kind of given up on.

But end of the day Arfield, Jack, Davis, Zungu, Aribo, Kamara, Docherty and McCrorie is definitely not a bad pool of midfield depth to have.