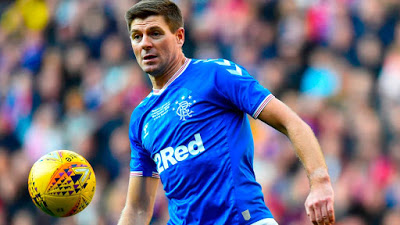 In a bit of a disappointment, following his excellent cameo on Thursday, on-form winger Brandon Barker had to miss last night’s friendly with Nice through injury sustained v Lyon, and we’re not sure how serious it is.

The flying flanker lit Lyon up midweek with a truly excellent substitute appearance, but unfortunately had himself to be subbed late on with some kind of knock, which ruled him out of last night’s win and we can only hope it’s not too bad.

Lampooned since his arrival in Govan, Barker hasn’t had an easy time of it at Ibrox as a strange plan B signing in the event of Kent not coming, and his performances hardly convinced fans they were wrong.

But a full pre-season under his belt appears to have done wonders for the ex-Man City man and his cameo in France was stellar, with pace, gumption, power, skill and composure, previous unseen from him as a Rangers player.

Sadly, his late injury means we don’t know his prognosis for the next matches, and we can only hope it’s minor and won’t force him to miss more.