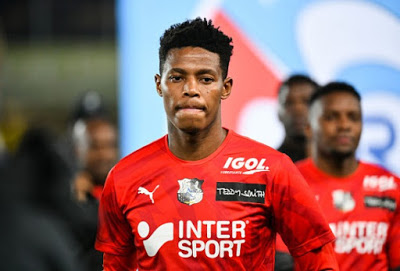 In another surprise admission and potential change of policy, Rangers assistant Gary McAllister as good as announced South African Bongani Zungu last night when he revealed Rangers are indeed monitoring the Amiens man.

This marks a major shift, as Steven Gerrard historically ‘never talks about other clubs’ players’.

Indeed, the only time Gerrard will ever refer to a player directly is under two circumstances:

1: To completely deny any interest.

2: To effectively announce the deal is done.

Until either of these are forthcoming, Rangers’ management never ever refer to players they’re interested in, and so McAllister confirming Rangers’ interest in the 6 footer is about as close to a done deal as we’ll hear from the club until the day the midfielder is paraded at Ibrox in our shirt.

It will mark the third ‘new’ signing of this window, fourth with Hagi included, and give Steven Gerrard a monstrous new option in midfield, with Zungu’s position effectively being modelled on that of Ivory Coast legend Yaya Toure.

With Amiens relegated to Ligue B, their personnel were ripe for the plucking, and Rangers have chosen to plunder the former Vitoria Guimaraes man as a new marauder for midfield.