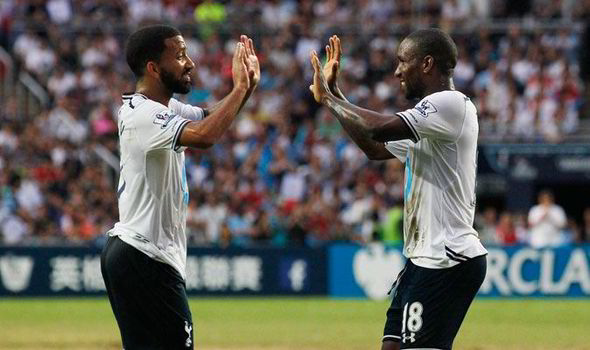 Former Spurs and Burnley winger Aaron Lennon is now a free agent, and Ibrox Noise recently suggested his name as a possible new recruit, especially given the Jermain Defoe connection.

The 33-year old attacker has had a pretty good career, with a healthy number of caps and appearances at the highest levels, but there were a noisy and angry group of fans who told us it was a ridiculous suggestion, that he was finished, useless, and one of them especially demanded we poll you all on the topic.

And the results were interesting.

61% of the responses wanted Rangers to bring the former England international to Rangers, if it can be done, while just 39% were against the idea.

Certainly not the overwhelming and angry ‘no’ the gentleman anticipated.

Of course, his wages won’t be pennies, and he will have some rich mobs in the Middle East and the Mediterranean after his signature, but if he wants to remain on terra firma and join two of his ex-England team mates, he could do a tonne worse than Ibrox.