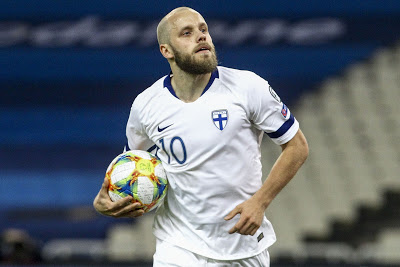 Rangers could secure a bargain international signing or two after Norwich were relegated this afternoon, leaving an entire squad seeking to potentially find new clubs with top-flight teams.

Long-term target Kenny McLean, Teemu Pukki and a number of others could be ripe for the plucking after the Canaries went officially down following a 4-0 loss to West Ham, and these players, normally valued in the several million, could be available on something of a firesale with their side going down.

Mario Vrancic and Jamal Lewis are among other players who are clearly good enough to be taken north by Rangers, and with the side now a Championship team the likes of these four and others could be snapped up on low-value deals by comparison of what they could have fetched had the Carrow Road side survived.

It marks a sad day for the Canaries, who find their PL status at an end, but of course at least it was legitimate and lost on the pitch and not by a vote *cough*.

And Rangers (and others, of course) could well be in line to hoover up their best talent at a much lesser cost.

Kenny McLean, for example, has a market value of around £5M, give or take, but could cost much less now, and Pukki, the Finnish striking sensation, could be around the £5M+ mark.

But either way, it’s a whole squad that’s gone down and Rangers could well snap up a bargain signing or two.