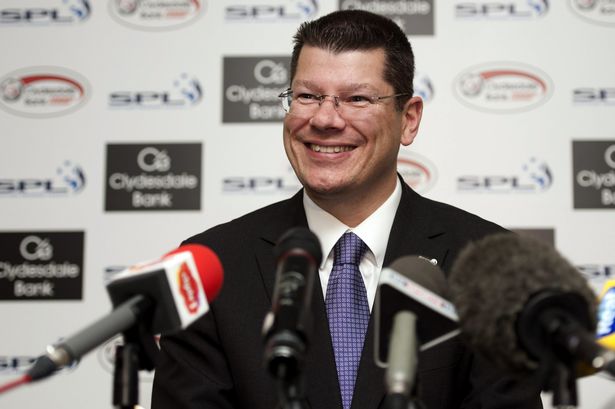 The news last week of farcical proportions pertaining to SPFL CE Neil Doncaster being promoted to Uefa’s disciplinary committee is about as comical as stories come these days.

That his running of Scotland’s game has been as bumbling as it has, has now been ‘rewarded’ with a higher slot in European football whereby the man who can barely run a simple vote without bribery is now in a position to gain power from it almost defies words.

1: What exactly did Doncaster do that Uefa deemed worthy of a reward on this scale?

2: Just how bad or incompetent must the committee be that he was regarded as a valuable addition?

Uefa have history of this. We remember the dreadful regime of SFA CE David Taylor (RIP) who was of course responsible for appointing Berti Vogts, albeit he fixed that with Walter Smith – but Taylor ended up in a high position at Uefa to say the least.

Well the infinitely-worse Neil Doncaster is now in a position at Uefa to have real influence, which is a deeply worrying scenario for both Scottish football and European.

Doncaster has shown repeatedly that his entire repertoire is formal-talk – using jargon and big words rather than direct talking and getting to the point.

And now that waffle, and incompetent waffle at that, will have major influence in the upper halls of Europe’s governing body.

What on earth earned Doncaster this?