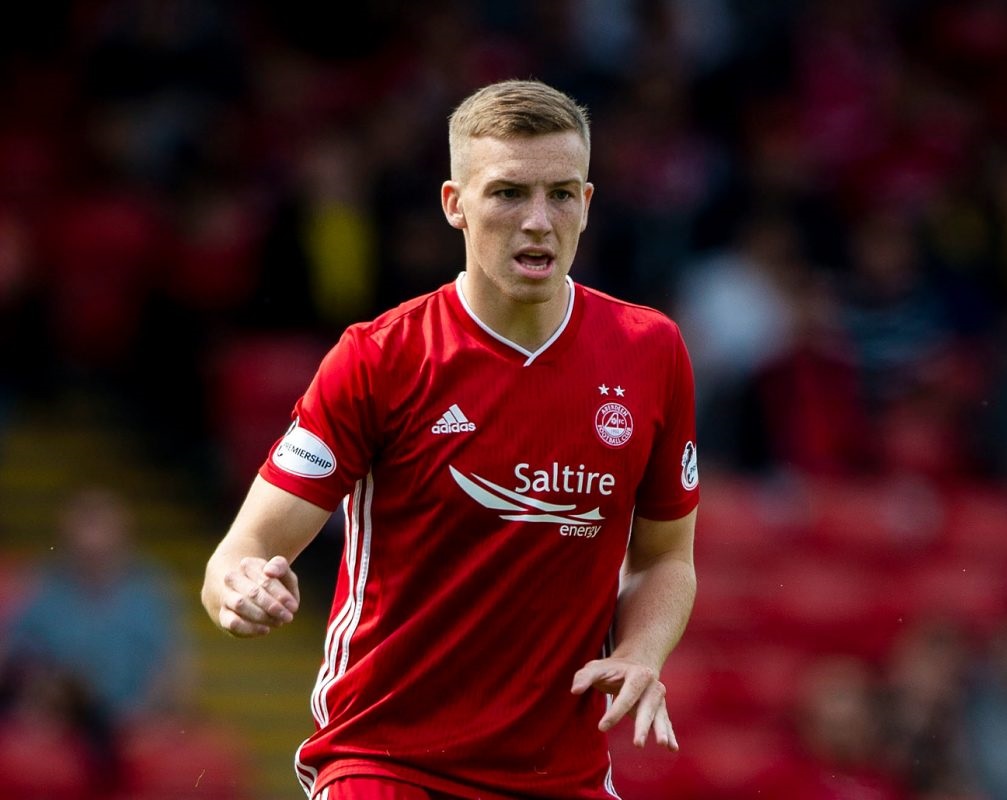 Earlier we poked a little fun at some fans over comical hypocrisy towards Lewis Ferguson and Lyle Taylor, but being a little more serious in this entry, we want to look at what Ferguson said when asked about Rangers and Brentford’s reported interest in his signature.

“I’ve just seen it (the speculation) the same way as everybody else. I’m not really aware of anything like that. I don’t read too much into that. I’ve obviously been shown it on social media and stuff, but I just take it in my stride. I’m just focused on getting back training for Aberdeen. That stuff doesn’t knock me off my stride. That’s it done. It’s out my mind. When you see stuff like that (linked to other clubs) you’re obviously doing something right to have clubs looking at you. But my full focus is on getting back to training with Aberdeen and playing next season. The past couple of seasons at Aberdeen I’ve wanted to achieve things and get trophies. Nothing’s changed. In the upcoming season the aim is to try to get silverware. That’s my main aim. Everyone in their football career wants to win trophies and it’s no different for me. I think the club do match my ambitions because I want to win trophies. The full squad, chairman and the manager, we are all striving to win trophies and that is my aim as well. I think everyone has seen the new training facility. It is top class and everybody is going in the right direction. We have a chairman (Dave Cormack) who loves the club and knows what he is doing and we also have a top training facility, so we know we are heading the right way. We’ve got the Scottish Cup to look forward to but the goal of winning trophies hasn’t changed over the last couple of years. When you see the medals, it makes you that wee bit more determined to go and do it yourself and experience that feeling of winning something. It’s something I want to experience. I’m pretty sure it’s something the rest of the boys in the squad want to experience as well. It (Ferguson name) is my own career. I wouldn’t say it doesn’t have anything to do with my family because they are there to help me. But it is my own career and it is myself who is making the decisions. I don’t feel any added pressure, although I can see why people maybe think that. I put pressure on myself to go and achieve things and the pressure is coming from me to go and perform.”

As you can see, fairly extensive – but at no point does Lewis Ferguson rule out a departure. He clearly does the professional and right thing to confirm he’s flattered but emphasises that he’s only focused on his current club.

That’s what any player linked heavily with a move out should do – show respect to their current employer and show commitment, without actually outright rejecting a big move out.

And Ferguson has cleverly done exactly that – at no point does he commit his future to Aberdeen, only success. He states he’s happy for that success to be at Pittodrie, but fails to categorically rule out a move to achieve it elsewhere.

The Brentford angle is interesting – the Griffin Park side, with all due respect, probably won’t win much or contend for it, albeit promotion is a possibility for next season. So the only side heavily rumoured with interest in him who could deliver him the success he wants is Rangers. But of course, let’s be honest – other than one cup final with Fraser Forster heroics and dreadful finishing, Rangers haven’t come close to a major trophy since 2011. But we will be contenders, as we are every season.

So Ferguson, like his father and uncle, is very likely to be in our colours one day. It’s just a matter of when. And for how much.