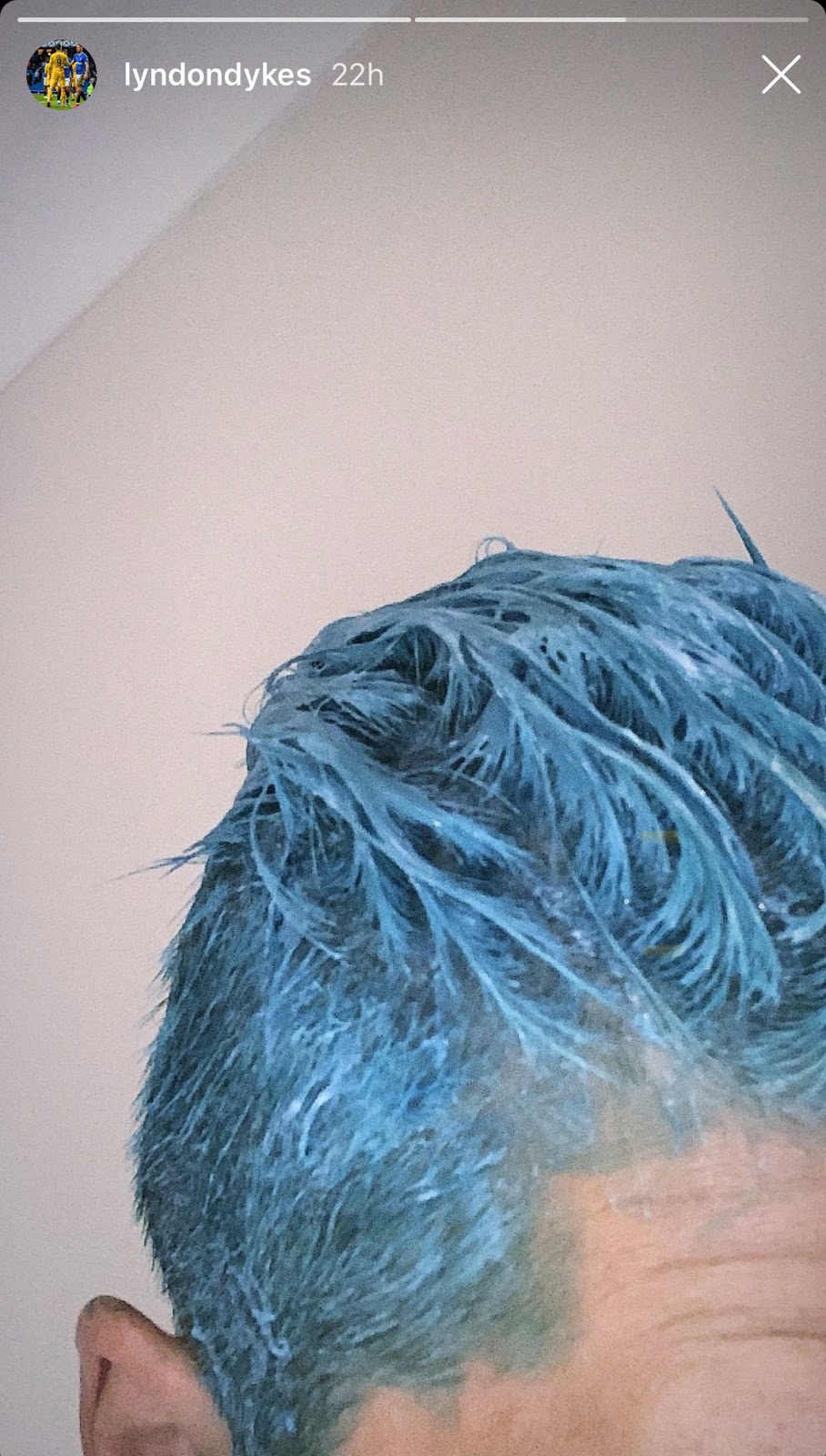 As Ibrox Noise brought you a couple of days ago, it has been confirmed Livi striker Lyndon Dykes has dyed his hair blue, in a move set to lead to assumptions the Australian-born striker is set to join Rangers.

The 24-year old hitman put his new look out on social media, in a post which may have since been redacted, and sent the media and his followers into a frenzy that the barnet was a major clue/hint that he’d made his decision on his future and signed for Rangers.

Of course, it may just have been a quirky moment of eccentricity from the prolific frontman, but equally of all colours with all this speculation right now, why blue?

Only he could answer that if his destiny is not Ibrox.

When we put out the story originally 48 hours ago, the response was pretty overwhelming. While there were a few detractors who believed the on-form striker simply wasn’t good enough for Rangers, period, the overwhelming majority were thrilled with the idea he’d secured his Govan future.

Of course, time will tell if this story comes to fruition, but we must admit, dying your hair blue really is about as big a hint as it gets in Scottish football and Lyndon Dykes will have been completely aware of what conclusions his social media audience (and the media) would draw with such a post.

Maybe he was on the wind up, maybe not – but it really would be a bad reading of the climate to be making a practical joke of that nature.