Home Rangers “Reminds us of Walter” – Rangers man through and through but…. 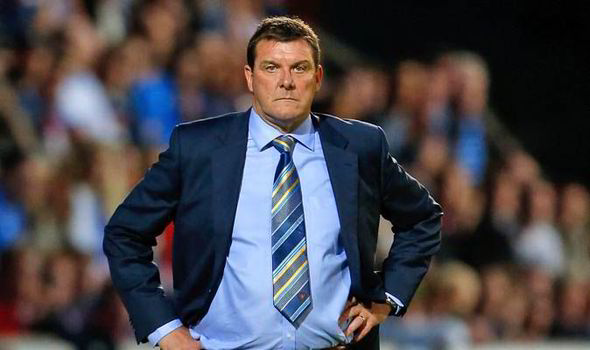 Regulars on here will know we’re big fans of Tommy Wright. A fine manager who’s carried out astonishing work on St Johnstone via pennies, he was who we wanted every time another Rangers manager left.

We know from sources inside Ibrox that he was never on the shortlist, despite his throwing his hat in the ring on pretty much occasion the position was vacant.

We ended up with Pedro and Murty.

We’re not attacking Stevie, but not only is Wright one of us in the first place, but more importantly he knows the SPL better than any other manager, and we’d include long-serving Derek McInnes in this.

Wright has been Saints manager right through Rangers’ Journey, and he knows where we were, and where we need to be.

After he resigned from Saints this morning, we had to ponder why.

Is it for the vacant NI position? Or does he know something about events at Ibrox?

The latter is a stretch, we can’t see Stevie going anywhere any time soon.

But Tommy Wright, who reminds us a fair old chunk of Walter, incidentally, is a criminally underrated manager who’s never been given the kind of gig he deserves – St Johnstone should have been down but under him they’ve been regular midtablers and even higher now and then.

We’re not asking for our present manager to be fired, but we have to admit Wright would have been our choice every time the option came up.

Gerrard’s Rangers went badly off the rails this year – there’s still potential for that to change and for him to fix what went so wrong. The months before lockdown Rangers’ form was drastic, and it wasn’t getting better any time soon. He can use this hiatus to remedy that.

But we do wonder just what the world of Ibrox would have been like had we replaced Warburton with Wright all those years ago.

Perhaps he’d have flunked. Who knows. But we’d have loved to have seen one of our own, who wanted the job and was clearly capable, given it.

Would you have wanted/want Tommy as Rangers manager?
Created with PollMaker