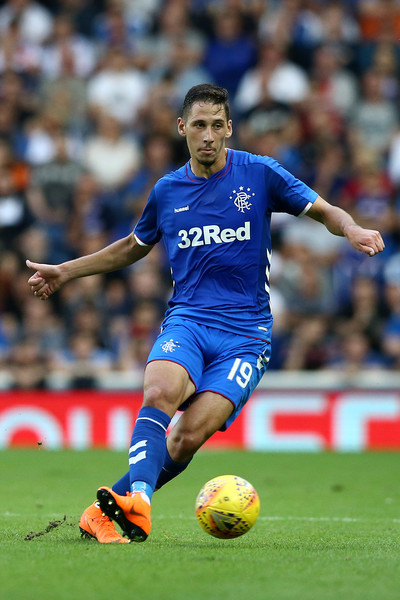 Ibrox Noise had to laugh at the funniest story this year, with Croatia’s Nikola Katic linked to a shock move to French cracks Dijon.

The Scottish press went ape for this story, with all the red tops running it, but thanks to investigation from HITC, it was discovered pretty quickly this all stems from a kid in France playing FIFA and providing his ongoing adventures via Twitter.

And our press thought it was real, because the Croat press did.

But L’Equipe (nor any other French media) do NOT have this story because it’s a lad playing a video game in his bedroom.

In this day and age we’re not even stunned any more to see such appalling journalism masquerading as the truth, and we have to applaud Olly Dawes who seems to have found pretty quickly over there what the giants at Scotland’s various red tops could not.

We must admit the eyebrow raised when we saw this story, wondering what on earth was behind such a link – Katic is still a little green and while Rangers fans love him, he’s not quite mentally ready for a big league like France.

But it seems it only took a quick google and Twitter search to unearth the facts about the rumour, and frankly the press in this country have no shame and don’t do their research.

Sure, we got one wrong recently but we were quick to correct it and admit the mistake, and we sure as heck can’t see the tabloids doing the same. Including the ones in Croatia, to be fair.