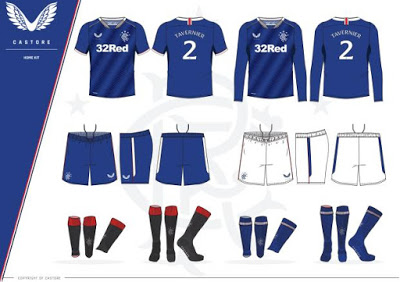 Rangers are set to create history with potentially the highest level of demand ever seen for a football shirt, once Castore’s imminent new deal is ready with pre-orders.

After 7 years of Sports Direct rule, the shackles on Rangers’ shirts are finally off after Mike Ashley’s group left the scene for Rangers to now work with Liverpool-based premium manufacturer Castore, and as such, the taboo of arguments over the ethics of buying a shirt, or not, is finally gone. Consequently  pre-orders for next season’s kit could and probably will be the highest level of demand a football shirt has ever seen.

Make no mistake, whatever the price, Rangers fans will cherish the fulsome availability of shirts again, and the notion of every pound spent going to the club once more, plus the ability to buy them freely from various outlets, which means the pre-orders could be absolutely colossal and certainly unprecedented for a football shirt.

Castore are a small and young company, and we really hope they’ve not bitten off more than they can chew with these tentative steps into football kit manufacturing and club partnership – the demand will be insanely higher than anything they’ve ever done before, and that’s aside the potentially unprecedented demand for this particular upcoming season’s shirt.

Rangers could be set to make a lot of money with this one, and we have no issue with that at all!