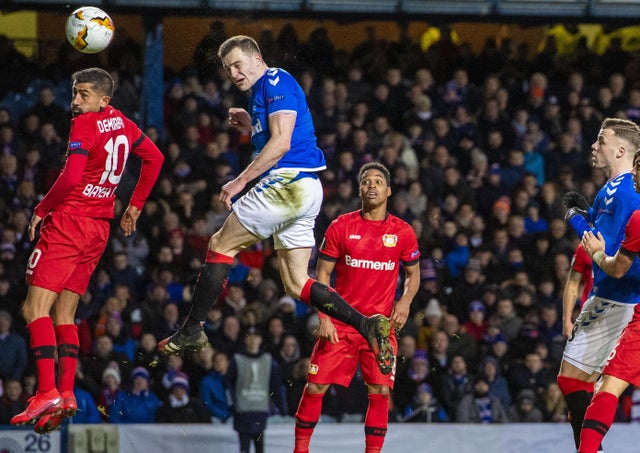 The headline was slightly mischievous, yes, but we’ve seen this point raised many times.

With the farcical vote underway and facing collapse, many fans have pointed out the sheer invalidity of the notion of awarding Celtic the title, whatever the outcome of ‘democracy’

The best comparison is the Champions League and Europa League – in particular Rangers being 1-3 down from the first leg v Leverkusen.

With the Germans’ lead close to insurmountable, would Uefa ever conceive of giving them a bye to the next round? Of course not, that’s not how sport works.

You don’t award honours and titles without competition. Certainly not at the business end of a tournament.

Awarding the title to Celtic when there really is plenty to play for is utterly absurd – we have no idea what the final few matches of the season would bring us, it could see a staggering turnaround.

Similarly Hearts’ potential relegation could cost them everything.

It’s an outcome no credible authority would ever consent to (not that we’re calling Uefa infallible by any stretch) – which is why the SPFL have.

They want the easiest outcome, for Celtic to be awarded a title they’ve not earned.

Will the best team in the European competitions just be given the trophies without playing out those matches?

And we’re glad to see a number of Scottish clubs not singing from that farcical songsheet either.