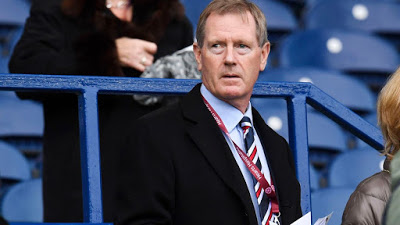 With the new stories of major investment coming into Ibrox, we take a look now at some of what Dave King, stepping down soon, leaves behind.

What is the South African-based businessman’s legacy at Ibrox, and has he delivered on his promises?

Let’s not forget where the club was – surviving on soft loans, ‘owned’ by Mike Ashley, making no money whatsoever.

There is zero question Rangers are in a better place, but the margin of that improvement is up for debate.

The team and squad are definitely better, with £25M being spent on transfers since Steven Gerrard took charge.

Bear in mind the previous summer, 2017, saw £11M for Pedro, so at least £36M has been spent on players over the past two and a half years.

Unfortunately, the lion’s share of all of that has been wasted investment – the only squad members to have cost a chunk of cash and remain significant players today are Filip Helander (£3M), Ryan Kent (£7.5M), Alfredo Morelos (£1M) and Borna Barisic (£2M). £13M reasonably well spent while £23M (at least) has been poorly used.

Bear in mind, that £23M does not include all the small fees for the likes of Brandon Barker, Jordan Rossiter, Joe Aribo and Glen Kamara so there’s likely to be at least another £5M wasted on top.

So on a player investment basis, King’s legacy isn’t the greatest by any means.

But he never denied he was going to lose money, and others would too, in the pursuit of getting Rangers back to where we belong. Mistakes would always be made, sadly, and those mistakes have cost Rangers many millions.

But hey, a football club that makes bad signings? Haud the press!

The problem is Rangers couldn’t afford to waste £23M+ on players, and that doesn’t even include wages.

The new investment comes at a good time, if it is indeed true.

Rangers do need to return to profit, to a major level of financing and having the clout to take the fight to Celtic.

As things stand, we can’t.

And while we were always sceptical of King and never trusted him at the beginning, he has (mostly) been honest and done right by the club, more than we expected him to.

But while Rangers are in a better place than five+ years ago, it’s false to say we’re in a good place.

To take that step, new ownership/running is needed.

King did what he had to to get Rangers out the pit we were in, and he did a good job of that. Now it’s time for someone serious to take us back to the place we should be in.

Are you happy with what King leaves behind?
Created with Poll Maker