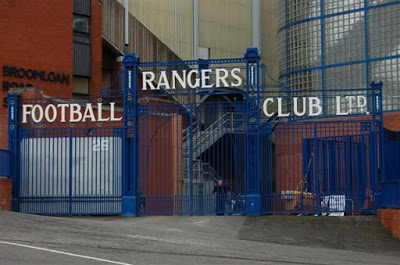 As we know, Rangers released a statement expressing precautions over the outbreak of COVID-19, and we agree with the club’s caution and advice.

We’re not 100% on what the ramifications are of this virus, and its spread, but with Italy threatening to abandon their season altogether while Hannover players start testing positive, it’s clearly an issue of deep concern.

Like Liverpool boss Jurgen Klopp’s sensible response suggested, we at Ibrox Noise are not scientists or medical experts and we wouldn’t have a clue about the significance of this situation.

We are not going to misinform you with ignorance, but clearly this situation could have major implications for Scottish football as Britain starts to get swamped with the increasing spread.

While Rangers Bayer looks, for now, like it will go ahead, the fact there’s doubt does imply major concern about the prognosis for the future of the Scottish game this campaign.

A major PL match has already been called off, and if that’s happening in England, it’s likely to happen here too.

In short, no one wants to contract a virus, or feel ill, and while the media’s response has sadly caused unfortunate panic among the masses, we certainly agree with precautions being taken to avoid it moving further among the population.

Will the SPL season continue? It’s looking in doubt now.

We were laughed at some months ago when we suggested the season might end up void – our reasoning was the comical scheduling problems with the St Johnstone match unable to find a slot. That was guffawed at.

Here we are months later and while the reason may have changed a bit, there is a real possibility the SPL could be cancelled after all.

And not just the SPL – but the majority of major sport in Europe while authorities deal with this grave issue.

Just breaking now is the Indian Open in golf also called off, and Roma’s trip to Spain in the Europa League is not going ahead.

It’s getting significant and we simply cannot imagine where it’s going next.

We’d advise all our readers and the population at large – stay safe. Whatever your shirt colours are.