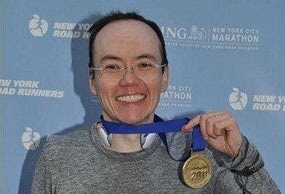 £20M. The word on the street is Rangers are finally set to bear fruit on a decade-long story about Hong Kong investment with the claim from various sources that Asian businessmen, possibly aided and abetted by Hong Kong-based Danish businessman Julian Wolhardt, are about to pump massive numbers into the club, and while we’re sure the green and white hordes will swamp this article, for all of you reading this;

Rangers are a huge commercial venture, a brand giant. Just not one that’s been managed well or had the willing funds behind it for the best part of a decade plus.

With The Journey, it was more loss than anything – there wasn’t the gravitas of our circumstances for profiteering.

But with things much more as normal, us in the last 16 of the UEL, back at the right place in the SPL (even if there’s work to do there), the money men are looking interested again.

The story is Douglas or Donald Park will replace Dave King as chairman soon, and in truth the Parks have done this club right and we’d have no issue with them at the helm.

He has certainly benefited from his relationship with the club – he secured his busses over other competitors, but he’s been trustworthy with that privilege and the Parks as a whole have generally had Rangers’ best interests at heart.

But we don’t know for sure he will be chairman – it could well be Wolhardt himself.

The 52-year old managed to get a lucrative sponsor for the women’s team, and is view highly at Ibrox in his ability to bring in serious numbers.

It’s been a slow-burning process however it happens, but it does now look like Rangers are moving on from the King era into one with real money coming in.

And that is a breath of fresh air.