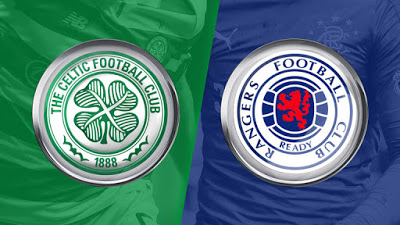 Recently Ibrox Noise ran a poll, but we had an ulterior motive for it.

In short, a few of us had a chat and we wanted to find out exactly how many Celtic fans circled our site. We feel like it’s a deluge so we needed to know an approximate number – after all, they’re rarely going to out themselves, are they?

So, we decided on a ‘trick’ poll, something to lure them out without giving the game away.

One proposed question was to ask you all which 9IAR team was better – ours, or the likely Celtic one currently going on.

This one was close to being chosen, but it would have attracted utter abuse, rightly, from Rangers fans, because clearly there’s no contest.

So, we went for something else – did you think the season should be ended/voided?

Clearly, from a football/shallow point of view Rangers fans want that, and Celtic don’t.

The numbers we got were intriguing, and gave the full picture, not just for us, but for the majority, we’d imagine, of Rangers sites.

Of the thousands who responded, 66% said they did want the season voided, and a very notable 34% didn’t.

We do take into account the notion of decent fans who wanted it ended purely on health grounds, but the picture tends to show, via a ballpark number, that there could be around a third of an entire Rangers site’s audience who are the obsessed from the East End.

So, to our majority Rangers fans out there, if you see opinions in the comments on here which you don’t feel could have come from a Rangers fan, they probably didn’t.

We try to filter out as many Celtic fans in the comments, unless they absolutely declare and come in peace, but some still get through.

It really is all about the Rangers.