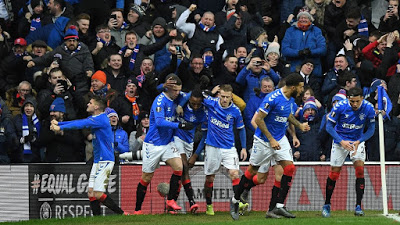 Article by: Derek
So, not only did Rangers win last night,
our win, coupled with Celtic’s draw has now propelled Scotland to 12th
place on the European coefficient.
I have shown here the standings with the
2015 season removed, as this will disappear at the end of the year. And with
the sole remaining Cyprus team, Apoel, losing last night we are now closing in
on Turkey, who only have İstanbul Başakşehir in the Europa League.
Yesterday İstanbul Başakşehir lost 3:1
against Sporting CP. So, if we manage to notch up another three wins, and İstanbul
Başakşehir is knocked out in the next match. Scotland could take the 11th
spot, and to reach 10th would require both Rangers and Celtic to get
to the Finals.
So, it looks like we can finally look
forward to Champions league football the year after next.