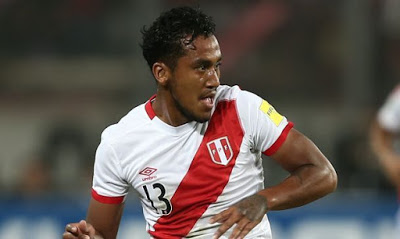 On the face of it some might wonder why we’re seeking someone in that position, with Kamara and Davis there to name but two.

First off, Davis is 34 and won’t last forever. Second, Tapia’s CV destroys Kamara’s frankly. In every sense. So this would not be an unwise signing on a purely personnel and quality basis.

But there’s another reason, a very useful reason that many fans might have overlooked.

Because Tapia is Peruvian, he speaks Spanish. Alfredo Morelos has admitted he felt ‘alone’ after Daniel Candeias, his best friend at Ibrox, and frequent interpreter, left last summer. And of course Candeias, being Portuguese, spoke the same tongue, more or less, as the Colombian.

But without him, Morelos certainly has a bit of a culture gap to the rest of the club – and the acquisition of a fellow Hispanic who speaks his native tongue would be a very wise investment on every level.

Well, we say investment but Tapia is a pre-contract, out of a deal this summer and free to talk to other clubs now, so it would be a nice Bosman.

Add in his quality, his CV, his experience, his age, his language, and his versatility, and this really would be a complete win-win signing.