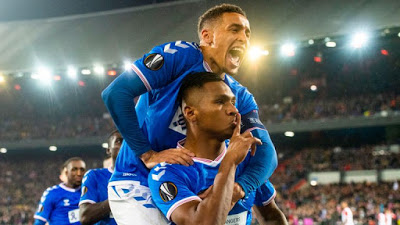 Newcastle had been long-linked with the Colombian forward, but after Rangers’ outright rejection earlier this week during a formal enquiry by Newcastle bosses, Bruce has conceded defeat on any acquisition of the ex-HJK striker and has moved on instead to English striker Lookman who would cost far less but has none of the CV of Morelos.

It comes as a welcome sign for Rangers fans that the club’s stubbornness is starting to pay off, and unless someone comes in with silly money for the star striker, it appears pretty much any overtures in Morelos’ direction will be categorically rebuffed.

Lookman or Morelos. We know who we’d rather have…