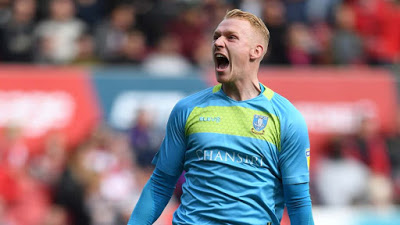 Rangers have been (again) linked with Sheffield Wednesday keeper Cameron Dawson in a move which would spell the end for current number two Wes Foderingham.

The 24-year old, a former England U19 stopper, has starred 13 times for Wednesday this season, but is only a second choice for the Owls, being on the bench 14 times, and might fancy a notable upgrade to the grandeur of Rangers and Ibrox instead.

But, of course, guess what – Celtic have been linked too.

Pretty much any player Rangers seek, Celtic show up as well – it’s pretty much a guarantee.

With regards Dawson, he isn’t going to shift ROI keeper Kieren Westwood out of the picture entirely as ‘number one’ any time soon, although in his defence he still makes plenty of appearances, managing 26 last season so one could argue they both share the jersey.

Rangers were originally linked with the number one last year, but now Celtic have shown up, obviously, and the player is yet another one who can talk to any club right now with a view to a good switch either now or as a free agent in the summer.

Rangers’ interest in him surely does spell an end for both Foderingham and any remote chance Jak Alnwick had of making it at Ibrox, and the former Wycombe man may well be a shoe-in to replace them both as McGregor’s deputy.

Unless, of course, Celtic nick him for the sake of it.