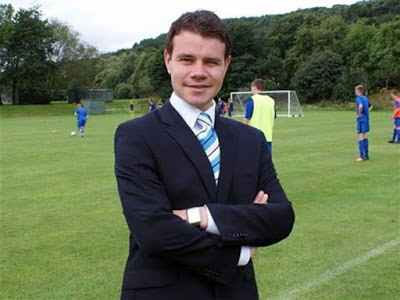 Social media has exploded with a curious story to surface over the past 24 hours that a gigantic former transfer target is once again on Rangers’ radar.

This story, when it originally surfaced years ago, was most certainly a legitimate one but led to the player in question making the worst choice of his career, and making a mistake that would haunt him.

Scott Allan, infamously, went to Celtic, when he had just 6 months left of his deal at Easter Road to run, signing a deal at Parkhead purely for the purpose, on then-manager Ronny Deila’s part, of annoying Rangers.

Hibs, in those days, refused to deal with Rangers, and wouldn’t sell their star player to a ‘rival’ – times have changed, of course, and while the clubs are by no means in love now, there’s more of a respect now that Hibs are run by the very decent Leeann Dempster and are no longer managed by Celtic men.

But we digress – Scott Allan’s name has surfaced again, with the-now 28-year old enjoying a solid season at Easter Road with 4 goals and 6 assists for a struggling Hibs side, and fans are understandable divided over whether the former Dundee man would be a good signing.

He remains hated by a large chunk for his indescribable mistake of going to Celtic Park – but he made that decision based on considering his time at Easter Road to be over, given he was about to be frozen out for his transfer request, which, at the time, was to try and push through the move to Ibrox.

The fact is he’s one of us – always was, always will be. He’s made horrendous errors in the past, and he’s paid for them.

But ultimately, what we care about is the football – and the talent he has, while not the star it once was, of course, is still there – and playing for his boyhood team would ignite him in a way Dundee, Parkhead and Easter Road could not.

Would we take Scott Allan? Many think that ship has sailed, but if Stevie wants him, and his creativity in the final third, which is still a position Rangers lack in, then we support that.

Scott Allan still has a lot to give, and we think he’d have even more to give us than anyone.

And we love his sense of humour too:

Do we forgive him? Life is too short not to.