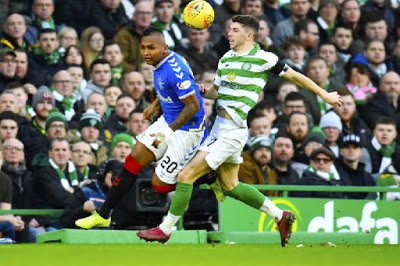 Rangers have officially and emphatically rejected the first proper contact made over the availability of Alfredo Morelos, dismissing Newcastle’s call out of hand and pricing them out of a deal.

Steve Bruce has been a long-time admirer of the Colombian, and following Geordie scouts watching both he and Tavernier last month at Parkhead, his men contacted Rangers about the possible sale of the ex-HJK man.

But Rangers were unequivocal that the striker was not for sale, at any price, and St James’ Park’s interest is now said to be ‘over’.

Of course, many more clubs are interested in the star hitman, but the fact Newcastle, hardly a side with no money, got immediately priced out and dropped their overtures to the 23-year old suggests Rangers are not only playing hardball over him, but it backs up Dave King and Steven Gerrard’s earlier assertions that he wasn’t even for sale at £50M.

It comes as a welcome boost to Rangers fans, seeing the club stand by its word entirely, and not being swayed by money, whatever Newcastle offered.

Morelos is seen as priceless to Rangers’ pursuit of the league title this season, and selling him now would be counterproductive – we can only speculate, of course, but with Rangers putting a minimum £50M price tag on his head, we can only assume Newcastle tested that water by quoting that amount and of course, being knocked back.

It would take a crazy crazy offer to make Rangers even consider selling Morelos, and it appears even £50M isn’t enough.