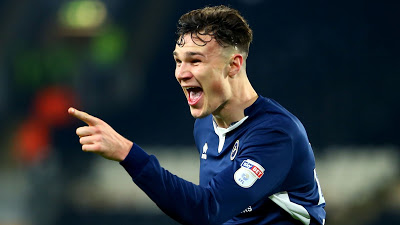 Earlier we ran a story suggesting Greg Docherty might be used as a makeweight in order to secure long-term target Jake Cooper from Millwall.

Docherty is reportedly interesting the Den and his value offset against Cooper’s could make the deal feasible.

We were very interested in the response from some readers, which was to be exasperated and suggest we didn’t need 5 defenders. That defence didn’t need work.

First we’ve heard of it.

Filip Helander is out till potentially March – he’s certainly out till next month at the earliest and it could be longer. He’s in a brace, and those tend to mean a player will be out for a fair old while.

So we’re already down to three defenders.

George Edmundson is not yet regarded as first-team material. The 21-year old has impressed but excelling for Oldham at his age is a different animal to the claustrophobia of doing it at Ibrox.

Connor Goldson is not widely loved by fans, nor has he impressed the majority – despite a stunning Old Firm, which we do hope he takes forward with consistency, his overall performances have been a bit modest at best, and he’s seen as too untouchable to be healthy towards his competitive edge.

And Niko Katic is seen as a project, a young defender with the world at his feet but who isn’t fully ready to be completely inducted into the first team due to a few teething issues with concentration and patience he needs to iron out.

And we DON’T need a quality Championship-level (and more likely lower PL level) defender ready to take the next step, aged 25?

If there is an opportunity to acquire a top class player in ANY position, this club must take it. It is understood Gerrard and Wilson believe the squad is set, but any improvements will be welcomed, rather than just filling up with squad fodder.

And Jake Cooper, for sure, is a fine stopper who would be an upgrade on most of what we have.

This is an opportunity, should it arise, Rangers will surely take.