Home Rangers Morelos and Edouard attack ‘beyond the pale’ 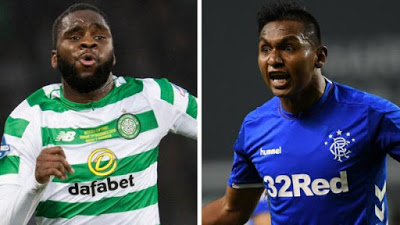 We’ve recently run a few stories of frustration over the continued plugging of Alfredo Morelos to other teams, with the Scottish press obsessing over the Colombian’s sale and potential weakening of Rangers.

Well, now they’ve started on Celtic’s Edouard, and frankly we’re fed up with it all.

Now, hear us out here, before you accuse of being Celtic apologists, because believe you me nothing is further from the truth.

The SPL is a backwater, a terrible league, an abysmal top flight which doesn’t even have VAR.

But if it has one thing it has Rangers and Celtic, this country’s crowning jewels, two behemoth teams as big as anything in the top 6 in England, held back by the country we exist in.

And the last thing we both need is the press in this country hurting our squads by trying to encourage the ripping up of the best assets we have.

Sure, Rangers would and will enjoy a weakened Celtic, us taking our turn at the summit of the Scottish game which we’ve certainly earned and deserve.

But there’s something extremely base about this country’s press’s determination to hawk off its leading two clubs’ prized players.

With Celtic’s star they’re trying to pawn him off to Leicester, claiming Rodgers is setting up a £30M deal for him, and with Morelos, 12 clubs (and frankly more) are now reported as in the running.

These two players are exceptional talents, and the Scottish game and both clubs would be deeply hurt and weakened to lose either of them.

So what do the press do? Encourage it!

Sure, we get they live for traffic and hits, but they appear to have no desire to strength the country’s game, instead exploiting both clubs for their livelihood.

We don’t like Edouard, and we don’t like Celtic, but somehow the press smearing both them and ourselves and encouraging player sales at the same time in order to get hits and sales is below the pale.

And it’s an indictment of the shambles Scotland is these days.