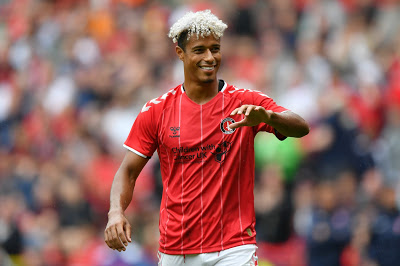 Rangers may be encouraged by the latest story down south with regards a recent target.

Steven Gerrard, well known to be looking at bringing in a new striker, may have one eye on events at the Valley where Lyle Taylor, a hitman who’s been on Rangers’ radar for a while, is set to move on following the retraction of new Charlton owner East Street Investments’ contract offer to the 29-year old.

The forward, who has 7 goals in 13 in this season’s Championship, is out of contract this summer and the ex-Wimbledon man is free to talk to other clubs, one of which almost certainly could be Rangers.

Taylor had a deadline to respond to his club’s contract offer, but it passed, and just like Joe Aribo to Ibrox, manager Lee Bowyer may once again lose his best player for nothing – once again, to Govan.

If Stevie is genuinely interested in Taylor, he can now have him for effective free on a pre-contract, or spend a nominal fee bringing him to Ibrox early.

Certainly WAY worse players Rangers could end up with.