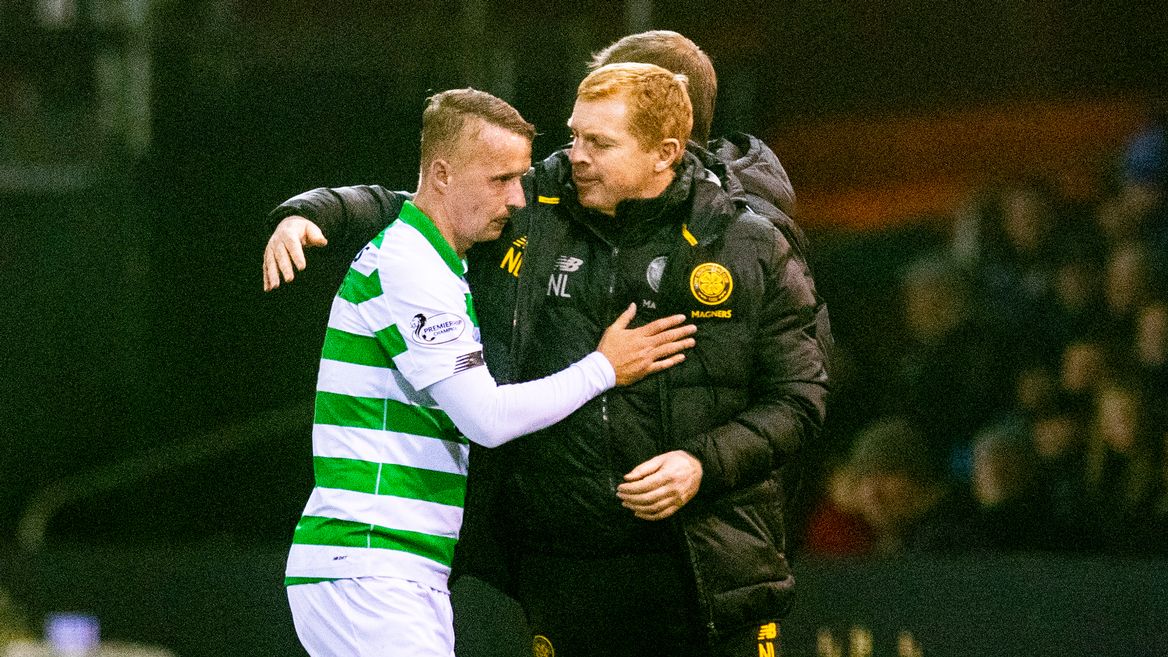 We’ll discuss last night’s hard-fought win over St Mirren more in due course, but we are also verrrrry interested to see the SFA’s ‘hammer down’ of Celtic man Leigh Griffiths following his throwing of sock tape into the crowd at Killie.

As we all know, Rangers players and the club have been getting hammered left right and centre lately, and regardless of what may or may not have led up to it, Griffiths’ conduct was patently unacceptable.

It’s comical really, there’s us berating supporters for throwing everything, including their own phlegm, at each other in vulgar incidents in Scottish football, and now Griffiths joins in throwing things back.

Sure, what he flung wasn’t exactly a deadly weapon, but it was enough that if there is to be any consistency in Scottish football, he must have the books thrown at him, followed by the library, brick by brick.

But then, it’s Clare Whyte, isn’t it?

First the incident has to be cited to her, and then she has to decide whether or not it ‘warrants’ further attention.

Now, this is not us grassing and pointing and saying ‘look what HE did’ – this is us asking for a fair playing field in the SPL and everyone being dealt with on similar terms.

But with Neil Lennon deciding that innocent little Leigh was the victim in the first place, well, who knows what Whyte may or may not do.

We agree ‘unsavoury abuse’ as TLB put it isn’t on, but hey, what do they think Morelos gets, cakes and flowers?