Home Rangers Rangers may have just 8 days to stop 9IAR 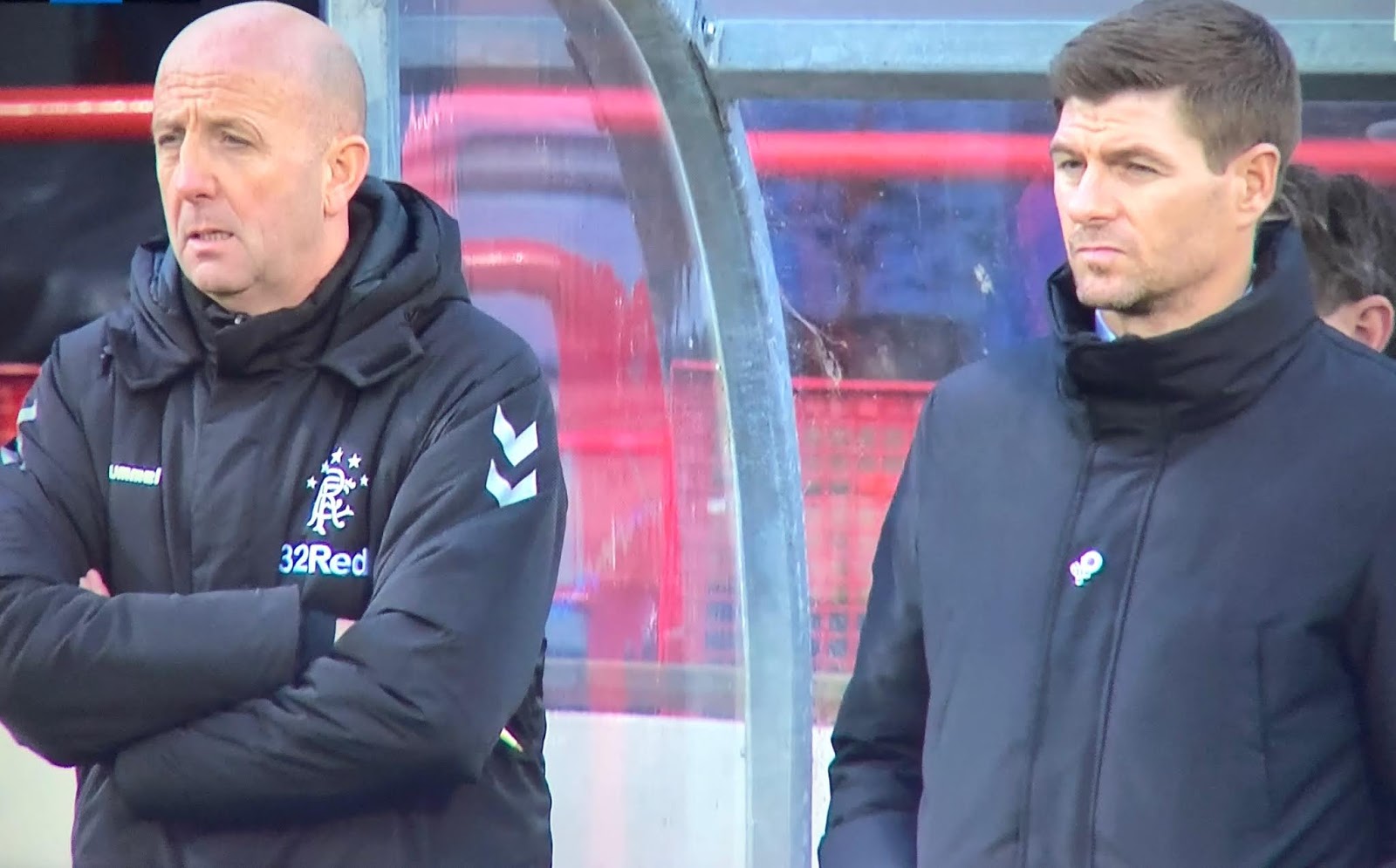 Nothing else was highlighted more over the past two matches than what Ibrox Noise have been banging on for the best part of a month:

The squad players are not good enough to deliver this club 55.

In two matches, fringe players have been called upon both willingly and as a matter of necessity, and the only two to actually perform were teenagers on senior debuts.

Jon Flanagan, Andy Halliday, Jordan Jones, Jermain Defoe, Brandon Barker and Sheyi Ojo have all shown over the past two matches the impact losing an Alfredo Morelos and James Tavernier has on this team:

We love Defoe, but he is to be used sparingly. He cannot run the front line by himself – he does admirably in the position against more open teams like Hibs, dragging defenders all over the place.

But v St Mirren or Stranraer, the banks of 5 + 5 just aren’t moving, and while he has indeed scored two goals in two matches, the forward line as a result of his being marked is utterly static.

It’s not his fault, it’s just the type of striker he is.

And James Tavernier down to Jon Flanagan is just utterly painful.

Unless the squad can be reinvigorated with two or three high quality squad players who will actually play a genuine role the rest of the season, 55 hangs by a thread.

Celtic have a bigger and better squad, there’s just no query about that – they don’t have the better XI, but the XI isn’t what wins the league, the squad does.

And as February and March start to expose more injuries and suspensions, that squad quality is what filters through and carries the weight.

What happens when Rangers lose two midfielders to injury? We have only four. What happens when Davis, Kamara, Jack or Arfield gets hurt and loses a month? Suddenly the depth in the centre is drained and we have to call upon someone like Halliday or Matt Polster. Because Greg Docherty sure as sh*t ain’t getting used.

What happens when Morelos gets an injury and loses a fortnight – do we only have Defoe to rely on?

This is a real, painful, and very tangible issue.

It’s all well and good having the best first-choice XI, but it’s not going to carry you over the line of a league win.

And either Stevie simply doesn’t agree with us, or there’s no money to fix that.

Whatever outcome, it’s not good enough.