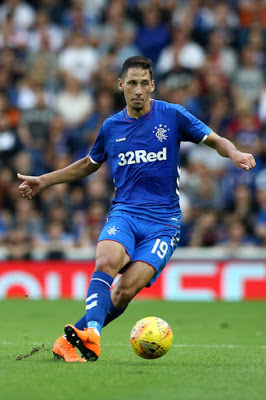 Rangers fans have been boosted by the confirmation favourite Nikola Katic is to remain in the side for approaching 3 months while typical first pick Filip Helander remains long term injured on the sidelines due to a foot injury.

Of course, while we’d never want any Rangers player injured, including Helander, Katic’s outstanding performances have been sorely missed and thanks to manager Steven Gerrard’s favouritism (definitely a criticism fans have of the mostly excellent manager) Helander (and Goldson, of course) have rigidly retained their places instead.

With the Swede now out up till March, Croat star Katic will find himself restored to the XI on a near-permanent basis.

It’s a weird one – to actually have to exploit a player’s unfortunate injury to get the defender in who the fans actually want – we don’t know why Katic has been so in and out of the team but with the way the defence has been structured from the start of Gerrard’s regime, it seems the Croat now is finally set to get the winter and spring in the team for the first time since joining.