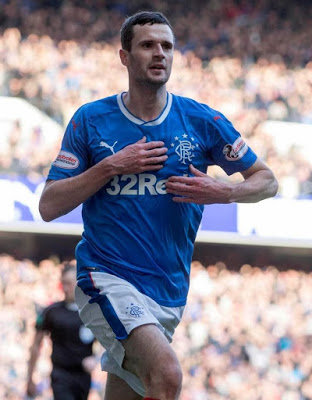 It may be that Steven Gerrard denies these stories, but each and every one of these players wants to play for the Rangers, and isn’t being allowed to.

Let’s take you through each of them in turn and assess where they stand:

We covered this earlier – it was a bizarre signing, unnecessary and no one could quite fathom why we’d brought him in. One reader suggested it was valid in light of the success of Steven Davis, but we’re not absolutely sure the two situations are entirely comparable. One is a club legend with maturity and experience at the top level, the other was just a player we didn’t need in the first place. He leaves with our best wishes and a small touch of head scratching.

Again, we had a look at this one. A kid the manager just doesn’t fancy, Greg is a true blue and just wants to play for his team, but the manager isn’t interested. He has to move on for the sake of his career, he has much to offer a team who will value him. We wish him the best of luck and perhaps we’ll meet again.

Been fit for months but just not able to prise his way into the matchday squad, Stevie has been polite about Murphy’s importance but the proof is in the pudding of his involvement in the team and it’s been nil. Had a good wee run in the qualifiers last season but that pitch at Rugby Park ended his Rangers career. In truth, he could probably sue… we hope his future is brighter than his last 18 months have been, wherever he ends up.

Set to have his Hibs loan cut short (that fallout out was a bizarre old spectacle for sure) and return to Ibrox, Middleton is one with some potential, but maybe not as much as we’d hoped, and the lad hasn’t really caught fire. In his critics’ defence, he was a Norwich City kid which is hardly an illustrious academy which produces Lionel Messi every other week, but he does work hard and tries hard. Maybe still has some maturing to do, and we honestly don’t know if Rangers is the club his future will be at.

Has suffered the ill-fortune of his two positions (CM and RB) being completely monopolised by other players. RB is owned by captain James Tavernier, and Polster could play like Cafu and still not be preferred, while CM is filled with quality like Davis and Jack. Basically Polster can’t get a sniff. Another one we’re not absolutely sure on why we signed him, but seems a decent sort and often has a smile on his face in training, so we hope he still has a part to play. But it probably won’t be for the Rangers.

Rangers do have some players on the payroll who just aren’t in Stevie’s plans, and it’s best for them to get their immediate futures sorted.