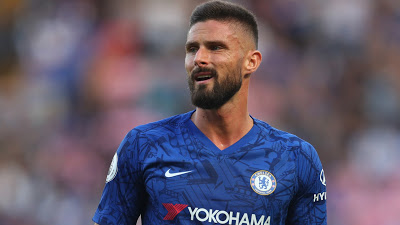 With French newspaper L’Equipe alleging contact has been made, Rangers manager Steven Gerrard has sought to muddy the water over interest in French international Olivier Giroud by not strictly denying interest in the Chelsea striker, while cryptically distancing himself too.

Rangers were yesterday linked with a move for the 33-year old in a story which a few years ago might have been incredible, but now the out-of-favour ex-Arsenal striker isn’t quite lucrative hot property any more and Frank Lampard, manager at Chelsea, prefers to play the youth these days.

This means the hitman is on the sidelines at Stamford Bridge, linking a tonne of clubs to his services, but despite L’Quipe’s claims about Rangers, Stevie ‘sort of’ denied contact.

“We are getting linked with some good players. I don’t know anything about it, to be honest. If someone knows something about it, give them my number. That’s the first I’ve heard of it. He’s a good player, though.”

This is a very smart and vague denial – he confirms he likes the player, but only says he doesn’t know anything about it – this doesn’t explicitly suggest Rangers aren’t interested, because as some will know, there’s far more to signing a player than just a manager making a move.

Anyone from the board could have initiated this, Scoulding, Wilson – their job is to find the players and Gerrard to say yes or no, or in some cases accept the player regardless.

But Giroud’s wages would surely be a complete stumbling block anyway – a French international with his glittering career would be easily in excess of £100,000 a week.