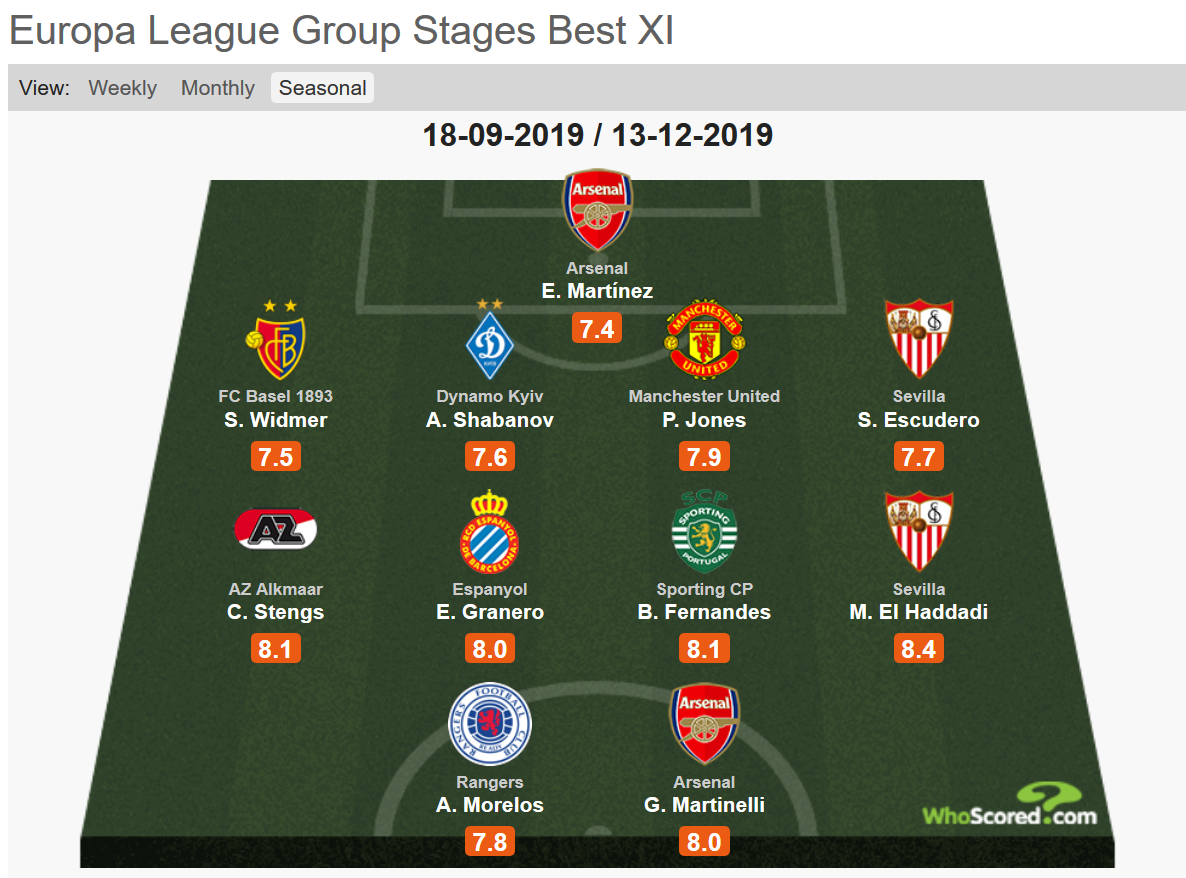 Alfredo Morelos has been getting praise left right and centre quite correctly this season, with his all-round game elevating to staggering levels.

He’s playing among some elite company, and now the numbers prove that Rangers’ on-fire Colombian hitman is one of the best two strikers in the Europa League, and that’s official.

On whoscored.com, a statistical analysis and breakdown of every player and their weekly performance (now four matches, of course) over the course of the 4 match days so far in the competition has included Morelos in the team of the tournament, with an overall score of 7.8.

He isn’t the outright leading scorer, but his overall contribution has led to only Arsenal’s Gabriel Martinelli matching him on the pitch and these two are chosen as the best two overall strikers based on statistical analysis of the precise nuances of each player’s qualities and measurable contribution.

On top of his goal v Peru to break his international duck on his fifth cap, Morelos is pretty much surfing the crest of an astonishing wave these days, and he’s even delivering new levels of it at even higher levels.

He was good in Europe last season, discipline aside, but this season he’s been incredible.

And now the numbers prove it.