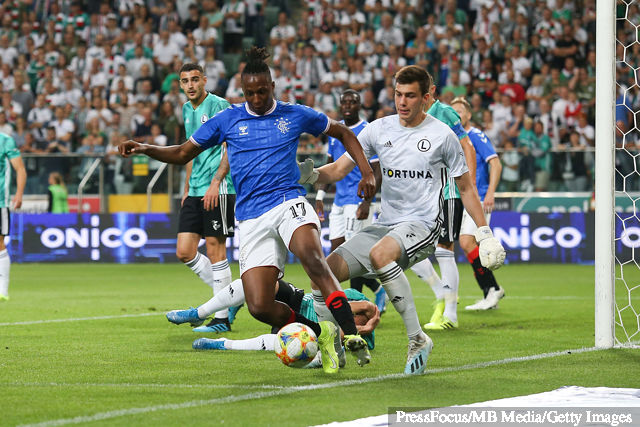 In further good news for all of an Ibrox persuasion, Nigeria midfielder Joe Aribo has followed up his stunning NT debut and goal with a start v the mighty Brazil and a goal, giving him two goals in two appearances, an astonishing record for a player in his position given the calibre of the opponent.

His debut saw him net after 3 minutes v 33rd ranked Ukraine (as they were then), and now he’s smashed a stunning one in against third-ranked Brazil, a Brazil featuring Neymar, Firminho, Caemiro and Arthur.

Brazil have undergone a major run of form under ‘new’ manager Tite – and they’re a different Brazil to before, one that wins consistently.

So for Nigeria to be holding such a strong team on a neutral venue is an achievement in itself, while Aribo’s stock and value has just skyrocketed.

His start to life at Ibrox hasn’t yet been explosive, but his debut in international football certainly has been, and if the ex-Charlton man can get these performances onto Govan turf, Rangers will have a hell of a prize on their hands.

If Borna Barisic can do it, Aribo sure can.