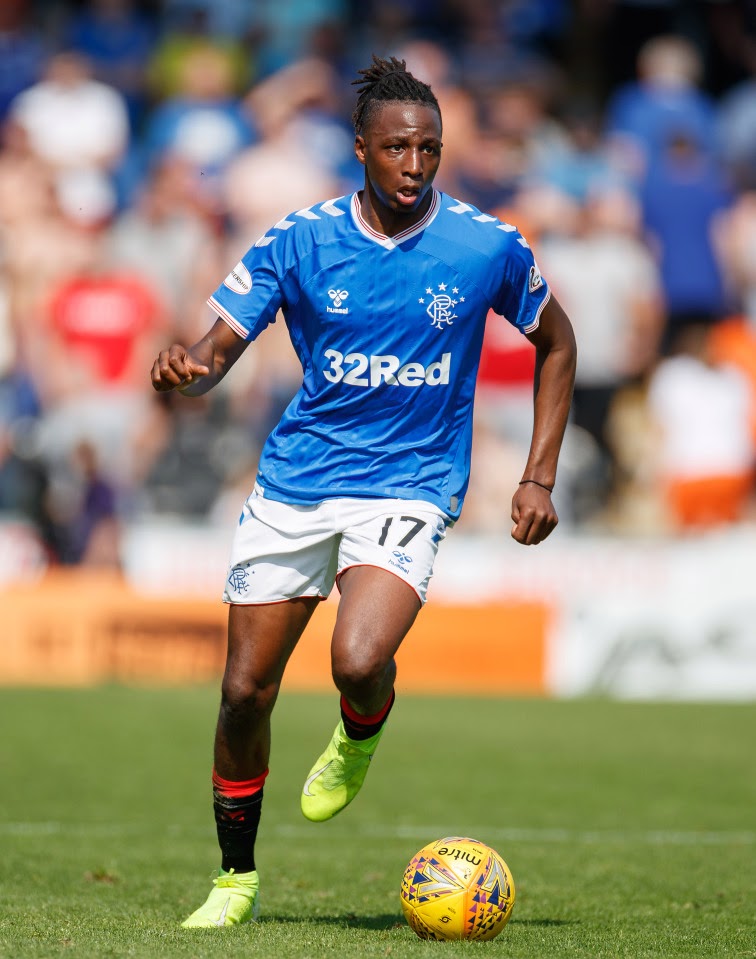 As another match passes, we at Ibrox Noise do wonder exactly what we think of Joe Aribo.

We know we’re sounding like a broken record, and we naturally loved the second half performance yesterday and the four goals including Aribo’s assist (even if one of them was offside), but while we’ll focus more on the good this afternoon, in this piece we wonder when on earth this player is ever going to deliver consistency on the potential he shows brief glimpses of, such as his more convincing second half display yesterday.

He’s been with us a while now, a few months in fact, and all the reputation he came with has only modestly been demonstrated on the pitch.

We won’t quite accuse him of being an empty shirt, but Aribo’s big problem is that for such a large lad in such an integral position on the pitch, he just doesn’t stand out often enough and performs at a mostly average level.

We want this guy to get better, truly, and we were pleased to see him step up in the second half yesterday with more authority.

He got a call up for Nigeria, but unfortunately only for a friendly – and while he had a great evening, we place little more credibility on these performances than we do on club ones.

And it’s certainly more than a bit telling that arguably his two best performances since joining Rangers before yesterday’s second half both came in friendlies – v Marseille pre-season and v Ukraine for his country a few weeks ago.

Down to the serious business and the pressure of delivering when it truly counts (does a win over a bottom-feeding side count?) Joe Aribo hasn’t entirely shown up.

Indeed, in a national poll, curiously enough only the ineffectual Brandon Barker and struggling Greg Stewart rated worse than the Nigerian for yesterday’s display, despite the second 45, and it appears being dropped for Feyenoord didn’t do a lot to inspire him from the start. Mercifully Stevie’s half time talk did.

We don’t like harping on about Aribo and sounding like we’re picking on him. He’s evidently a very decent guy and certainly conducts himself well enough as a Ranger. And he showed more quality in the second half than probably his previous 5 matches put together.

He just doesn’t play particularly well often enough, and hasn’t shown consistent sign of it enough in weeks and weeks in our shirt.

We produced an article many weeks ago suggesting we give the guy till Christmas before writing him off as a dud – well, we’d like to partially retract the sentiment contained therein. There were external forces at work with regards that piece, and we don’t fully stand by what we published that day. It was something we’d never done before and never will allow on this site again.

The truth is Aribo confuses us – often has no impression on matches, doesn’t look interested in what he’s doing, and is frequently no better than Ovie Ejaria. We’d actually marginally say the latter is probably better. But then he has a far stronger second half and we get seduced into thinking he’s getting there. Is he? Time will tell.

All we can hope is he proves us wrong to doubt and Stevie manages to get the best out of him.

Because his best so far is nowhere near frequent enough.