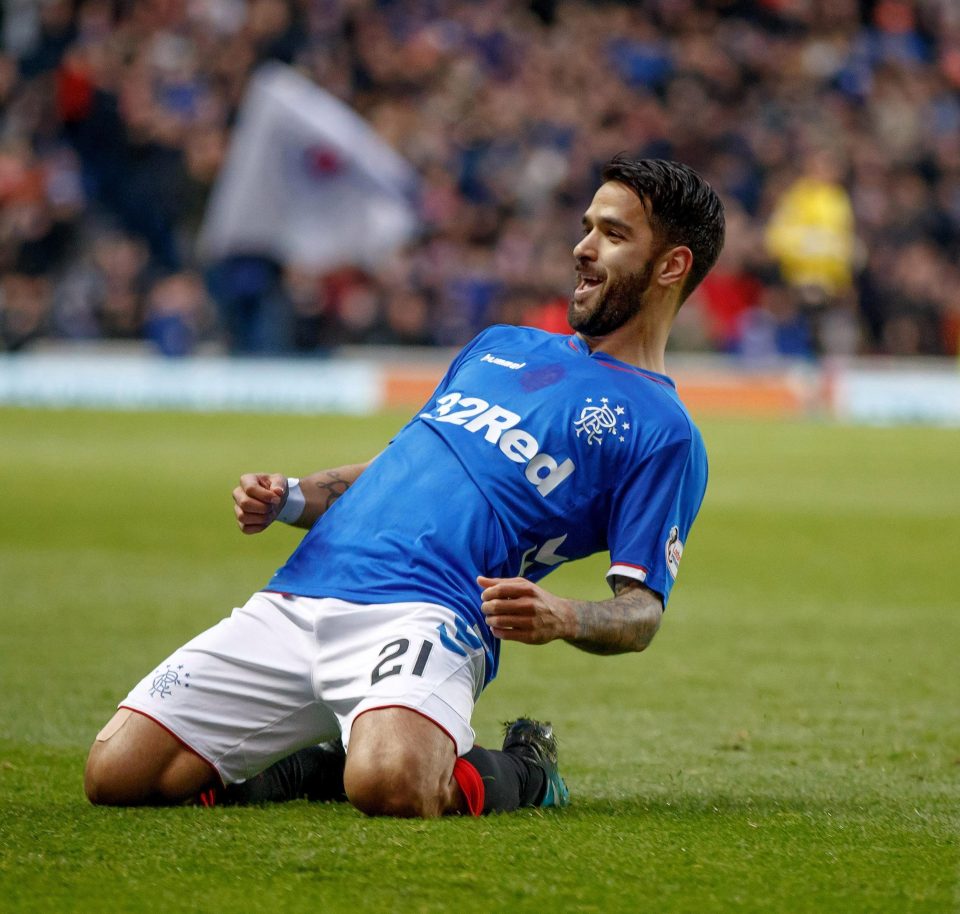 Following on from our earlier piece in which we praised Jermain Defoe’s influence in helping Alfredo Morelos move on from the petulance of last season and mature into an increasingly dignified Rangers star, we also have another reason as to why Morelos has grown so much over the course of the past four months:

The exit of Daniel Candeias.

It is a well-known fact these two were an absolute clique at Ibrox, best buddies and Candeias was borderline Morelos’ mouthpiece and translator.

Candeias also had a very potent petulant streak in him, and despite Morelos’ blatant moments of antagonism, the Portuguese got away with many of his own and never got called on them at all. He was simply never the centre of attention the way Morelos was, and we can’t help feeling Candeias was a major part of the temperamental nature of the Colombian.

This is not to say the winger was toxic – we’re sure he’s a decent guy, but somehow these two rubbed off on each other, especially Candeias on Morelos, and there can be absolutely no coincidence that Morelos hasn’t had a single major flare up since Candeias moved on.

He has still had a few bookings – he is after all a passionate player and he will always get stuck in. He’s physical, and we shall not take that part of his game away.

But the sheer aggressive confrontational style has faded massively, and the timing of Candeias’ exit is surely a major contributor.

It’s funny – we truly thought the Portuguese’ departure would be a negative in terms of the influence it could have on the team – it’s been quite the opposite, especially in Morelos’ case, and while there’s no doubt Jermain Defoe has done a great job with the 23-year old, Candeias’ exit really cannot be underestimated either.