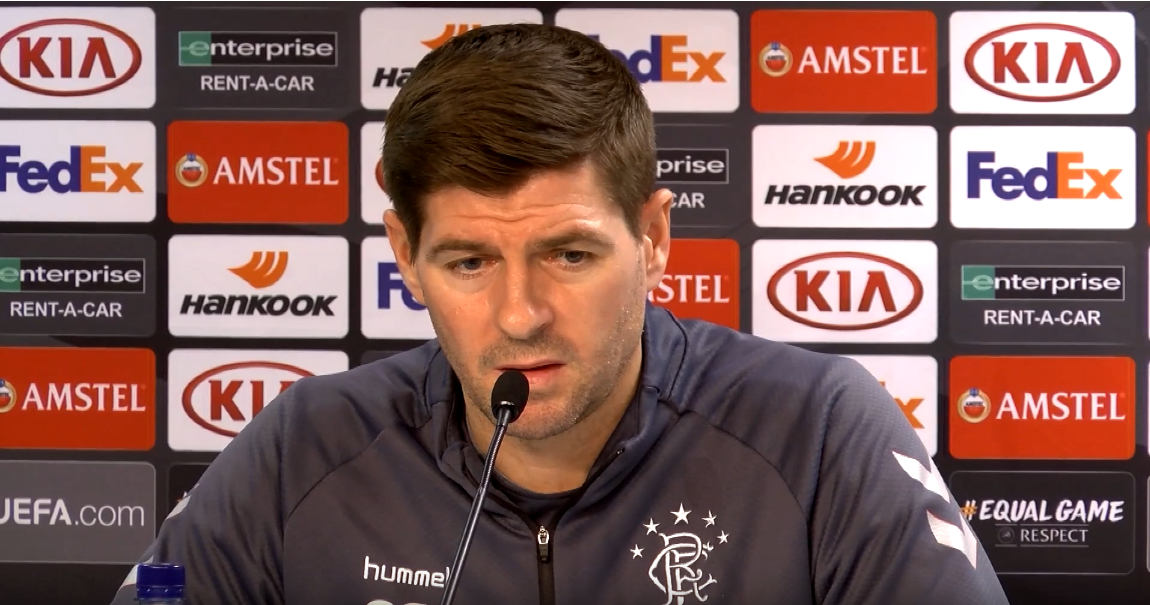 With Rangers’ recent form maybe in a little bit of a slight lull, tonight’s second leg with Progres in Luxembourg certainly isn’t the formality its counterpart from the first qualifying round was.

Rangers’ lack of killer instinct in front of goal and some out-of-character errors from Steven Davis in particular in the first leg meant this one remains closer than it probably should and is far from foregone.

This is an away leg, and while Rangers on paper are the stronger team by some considerable margin, the same applied two years ago too, and it applied to Celtic over Progres’ local rivals Lincoln.

And both sides came completely unstuck on the continent. Steven Gerrard must take steps to ensure a professional and clinical performance this evening.

In terms of selection, Ibrox Noise would go with the following side:

Goldson starts if Helander isn’t ready yet, but for us our first choice duo for now would be Helander and Edmundson. Midfield obviously there’s no Davis, and we’d similarly hope Kamara gets over his stutter against Derby. We need Docherty’s energy and physicality, and Aribo’s power and awareness. Up front that’s basically our strongest three anyway right now so it picks itself.

We’re torn between Kamara and Jack, but opt for Kamara’s polish on the ball. But Jack would be quite acceptable.

With Ojo’s slightly questionable of late, we wouldn’t have him in from the start, where Arfield is a given. But Jermain Defoe has been bright this pre-season, while Morelos’ may just be a touch distracted at present with recent developments.

Is that currently our strongest team? Maybe not quite. But it’s close, and it really should do the job tonight.