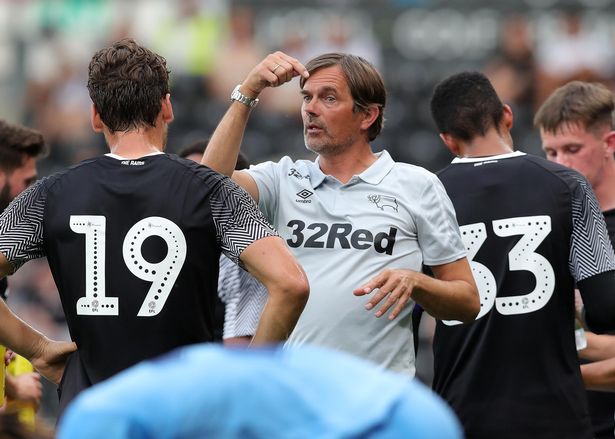 There is little doubt in yours truly’s mind that this afternoon’s clash with Philip Cocu’s Derby is the most important and difficult pre-season encounter yet.

Derby, effectively, are a Premier League side – the Championship giants being pipped only by a tiny margin by Aston Villa in the playoff final last season, with Lampard’s men being a revelation in England’s second top flight.

Naturally the Chelsea legend has moved on to his old stomping ground and the Dutch legend of Cocu has taken over, but Derby will be seeking PL football the season after next, and Rangers are about to experience a massive hike in standard compared with the opponents we’ve faced thus far.

We gubbed a bunch of diddies, let’s not forget, before we destroyed a completely lethargic Marseille, then struggled a little against Mowbray’s more up-to-speed Blackburn, then certainly played within ourselves against Progres.

Today marks the biggest test yet, as a Derby side with four friendlies in the past 3 weeks come to Ibrox, with the Rams having won 2 and lost 2. They’re certainly getting up to speed and will present a major leap compared with the low standard and low fitness teams we’ve faced recently.

Indeed, while we wouldn’t draw massive conclusions from today’s result, we know it’s a sharp upgrade in both quality and sharpness, and for Rangers to look good today would be a big step in the right direction following slight blips over the past two matches.

Derby haven’t lost any significant players this summer, with only Efe Ambrose and Ashley Cole notable departures (and only Cole played a paltry 9 times last season), and they have bulked up a tad with the addition of former Rangers target Graeme Shinnie, so Steven Gerrard and his men will not have it easy today, not by a long shot.

Derby are also a big, strong, physical team which is exactly the kind of prep Rangers would benefit from going into the new SPL season.

So, we await this one with eager interest!