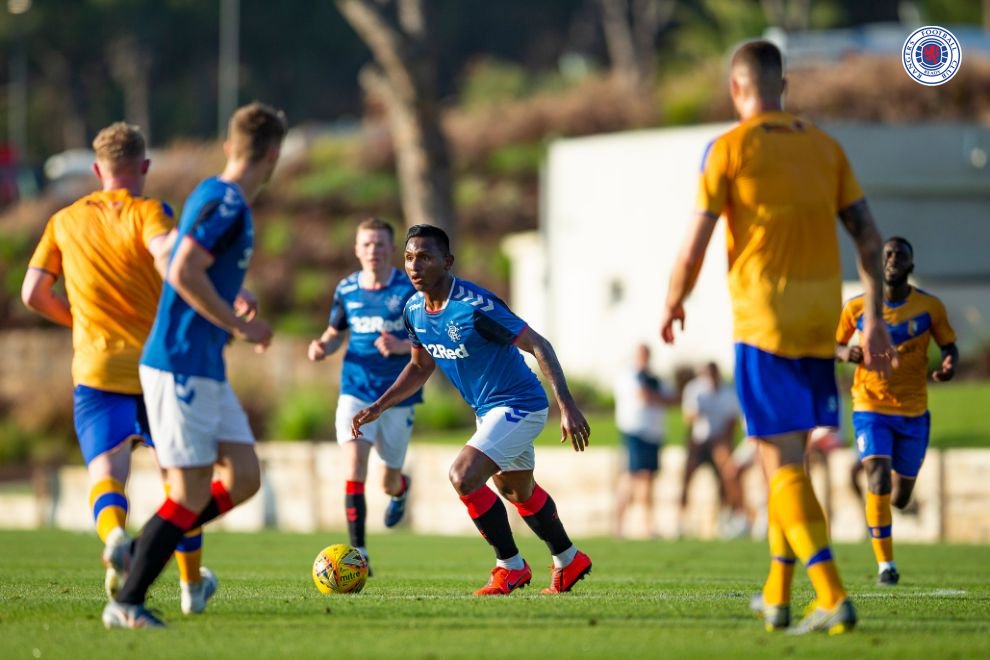 As we mentioned yesterday, Colombian forward Alfredo Morelos was a massive absentee for the win over TNS at Auchenhowie, and more than a few eyebrows have been raised over the reason for his absence.

There are a few rumours, that we won’t give too much gravity too yet, that a certain side in England is considering a multimillion move for him depending on circumstances, and that he is aware of this interest.

Furthermore, this side is rather swilling in cash at the moment having enjoyed a profitable spell in the transfer window up to this point, and they certainly have money to spend, and would see Morelos as a fairly inexpensive addition and replacement for certain departing players.

As you can tell, we’re wary of actually naming anyone in this, because at this point it’s not a story which we can verify – but it would certainly explain why Morelos was not part of the TNS friendly when pretty much everyone else of significance (bar Ryan Jack) was.

The former Helsinki man has had an incredibly colourful time in Scotland, but he’s been linked with a move out pretty much since six months into his spell here, and it does eventually get tiresome.

We’ve lost count of the number of teams who have looked at him (it must be close to 20 hard concrete links at the last totting up) and this latest one is only another notch – we’d be very surprised if Alfredo Morelos is still at Ibrox come September.

But, as Stevie G says all the time – the fact is no hard bids have been received for any of his significant players and unless they pay what the club deems these guys are worth, our assets aren’t going anywhere.

So, we’ll see if that changes.