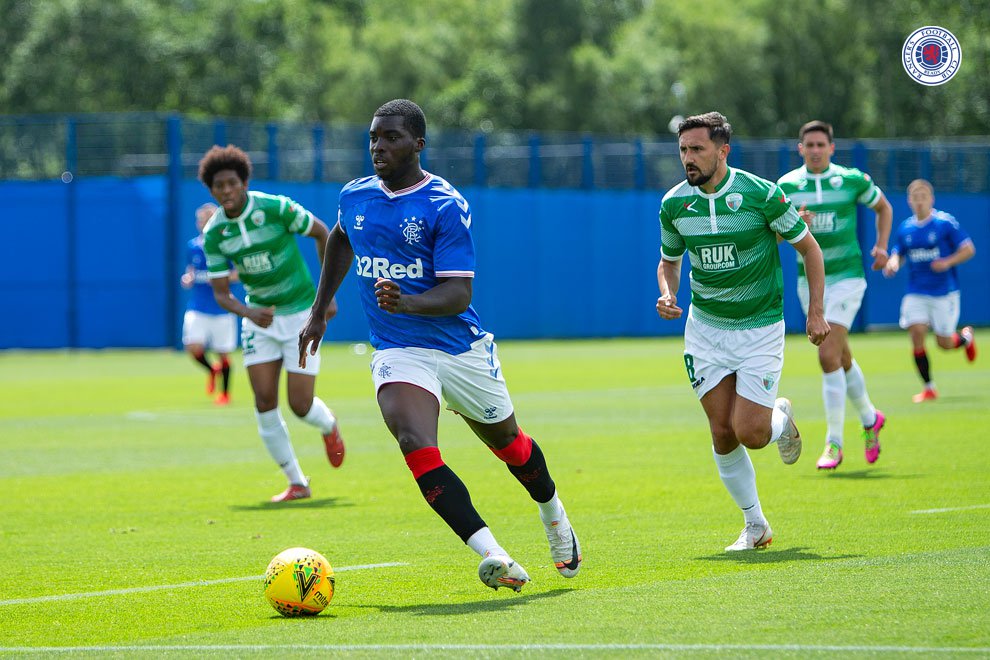 While a bit more activity may trickle in and out for Steven Gerrard’s Rangers this transfer window, there is undeniably the nagging feeling the bulk of incomings are now done, and while it is far, far, far too early to make any kind of early conclusions about any of the new arrivals, we can’t help noticing here at Ibrox Noise that the most productive player of the recruits at this point seems to have been Sheyi Ojo.

With a goal and an assist already in two matches, the Liverpool winger might not have destroyed Real Madrid and Barcelona single-handedly, but he has certainly contributed productively in both outings this pre-season, and shown, especially against TNS, his team-ethic and assist capacity.

Alone through on goal, the winger elected rather than finishing it himself, to slide it gracefully into the path of Jermain Defoe who couldn’t miss.

That kind of unselfishness will stand him well in light of certain colleagues well known ignominiously for often playing for themselves, and it’s refreshing to see a new signing seeming to blend in well.

We won’t pretend we were hugely familiar with Ojo before he arrived, but sources did suggest this was a good signing and that the lad actually had more potential than Ryan Kent – this is something we’ve alluded to a few times before, and for Kent to have taken till late November to look something like the part while Ojo already does before the season even starts bodes well for his chances of making an impact in the action that matters.

Of course, we just can’t make any conclusions about pre-season friendlies – and we’re not. Just like while we’re optimistic now about Borna Barisic’s chances thanks to an excellent pre-season, we also know it’s more than likely he’ll still flop. But he’s given himself every opportunity now not to.

Same with Ojo – he comes with high regard, high promise, and a CV which shows real potential – he especially showed great potential during his spell at Fulham, and his career up till his arrival at Ibrox has been more productive than Kent’s was before he stepped up the Marble Staircase.

So there’s certainly evidence which backs his chances of being a success – but again, it is only pre-season and he could well be a complete failure – but if our information has any gravity, he has a strong chance of not being, and a goal and an assist (therefore contributing massively to two of the three goals we’ve scored) suggests he does have the tools to be success.

Here’s hoping he is.