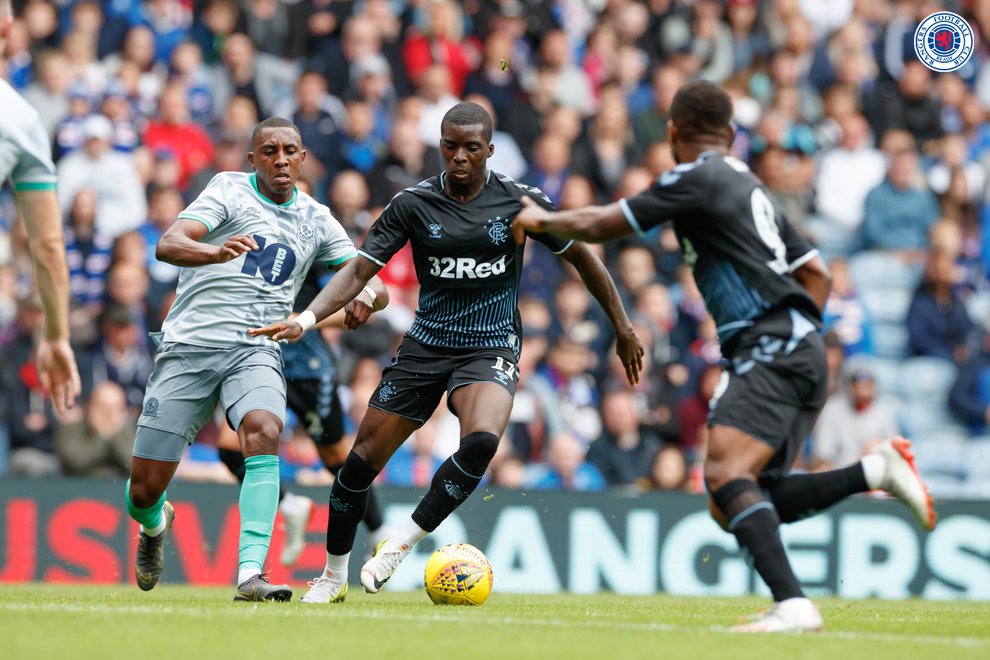 It’s the old cliché, that you learn more in defeat than you do in victory.

And Rangers have been sailing this pre-season, with not a goal conceded and a lot of rather convincing displays in win-after-win.

And while it would be ludicrous to take any more conclusions from yesterday’s draw with Blackburn than we have from the wins, nevertheless it was a refreshing and valuable performance and draw, and gave us a lot more to use – way more valuable data going forward.

It was the first dip this pre-season – for all the official club channels have Stevie saying he was satisfied with the performance, we can’t really say we believe he truly is.

This one definitely lacked energy and purpose – even if Rangers had a tonne of the ball, the lack of zest and pressing in the display was notable, with a number of players having significant off days.

Tavernier started brightly, with some good attacking pushes forward, but his defending was lapse and that became more apparent as the match wore on.

Defence was flimsy and exposed by repeated balls over the top – Katic especially had one of his lesser outings in a Rangers shirt.

And Ryan Jack was uncharacteristically quiet, while Sheyi Ojo frequently forgot he had team mates.

All-in-all it wasn’t the liveliest performance, and while the home team hogged much of the ball, it was the visitors who frequently looked the most dangerous.

And it was good for learning that while Rangers are definitely going in the right direction overall, these little moments are still there – and the path to progress is simply reducing their frequency.

A pre-season in which you only win isn’t particularly productive – it doesn’t teach the manager where the weaknesses are and where the alterations should be made.

A disappointing draw like yesterday shows Gerrard his men can dip, can lose intensity, and that the starting XI he put out probably isn’t the best he has.

All things considered it’s the kind of result and display our manager can most definitely use going forward in ways he probably couldn’t with all the wins.

You learn more in defeat than in victory – we’d argue you learn just as much drawing as well.