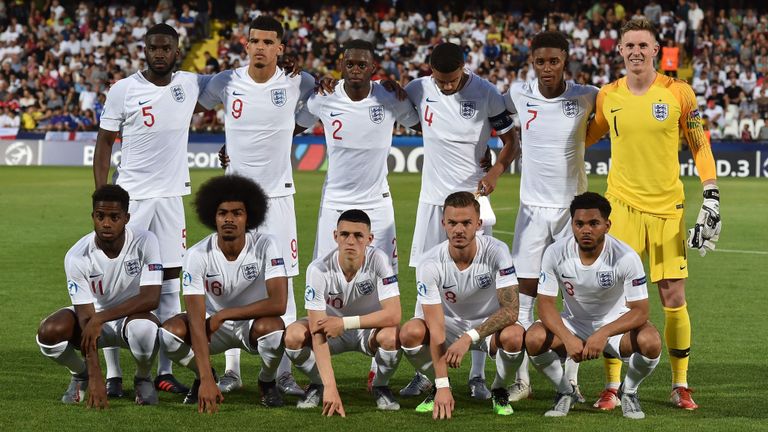 For those of you in a darkened room the past couple of weeks, not only has the women’s world cup got underway, but the third biggest international championship has too, in the form of the U21 European Championships.

This is the tournament to really scout, and discover some sparkling world class talent and unearth hidden gems.

Rangers’ Nikola Katic is there representing Croatia, and it caught Ibrox Noise’s eye when we had a little rummage through the squad list for England.

As fans know we’ve had a tonne of players from the youth ranks south of the border through the revolving door at Ibrox in recent seasons, and it really stood out how many of England’s squad had been involved, linked or otherwise with Rangers over the past three or four years.

Of the playing squad that travelled to Italy, Phil Foden and Dominic Solanke stood out as massively linked with a switch to Rangers, but the latter of course was very, very close to happening.

But it’s the ‘not in current player list’ group which stands out far more – it is filled with names who either played at Ibrox, play at Ibrox or nearly did:

Joe Worrall, Harry Winks, Ovie Ejaria and Sheyi Ojo either were linked with Rangers or spent time with us.

Of course, there’s no ‘real’ conclusion to draw from this, it’s just clearly a rich pool of talent that Rangers’ present and past managers have drawn heavily from.

What was of course the most interesting absence was that of Ryan Kent. A regular at U20 level, Kent’s diabolical season at Freiburg then Bristol saw him overlooked for that level, and despite his impressive YPOTY season at Ibrox he was still not considered as one of the allotted over-21s each squad is allowed to have.

But aside that, it is curious to see the connection now between Rangers and the better players coming through south of the border.

As long as they make our side better, it can’t be that bad, right?