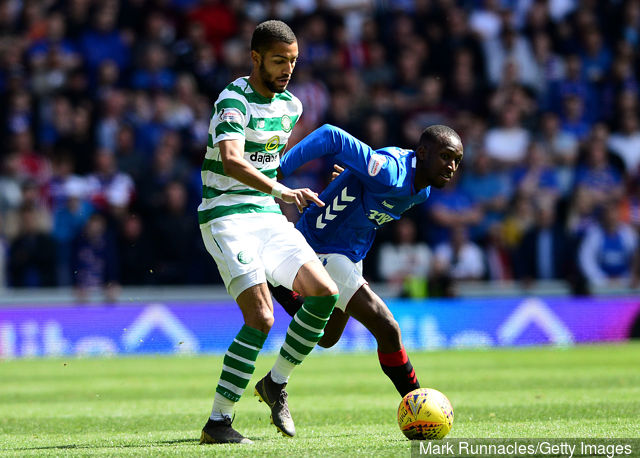 It’s the afternoon after the day before, and Ibrox Noise, for the first time in a while, has some ratings for you. See what ones you agree with and which ones have you spitting with fury:

Had almost zero to do all match until Ollie Burke’s tame header – a good save for the cameras but not a tough one. Had to be focused though. Did what he needed to and his kicking was mostly clean. 6

Forget his goal, this was a clean, efficient and methodical performance from Tav with a lot more good crossing than recent and a far better defensive assurance too. Add the goal and he can be very, very pleased with his afternoon’s work. 8

Wasn’t massively tested except for one major exposure in the first half, and coped with most attacks aimed at him. Quiet overall as a stopper and while not poor, just that nagging feeling again that he isn’t quite good enough for Rangers overall. 6

Only Ajer was bigger than this lad, and Katic’s aerial prowess shone as he excelled in the air. Some good ground work too, and mostly he will be happy with his first proper experience of a win against Celtic. 7

Ok, lucky not to be sent off but that aside an excellent display from the back in form fullback. Flanagan looks right back to his early season form and he was good both defensively and getting forward. Really is nailing LB right now. 8

Borderline one loose pass the whole match, and one messy foul – otherwise a composed and elegant display from Davis, who we had every confidence would stroll this one as he has the whole split. A neat, efficient and overall excellent performance again from the NI lad who has a whole new lease of life in his new role. 8

Forgetting the part he played in the second goal, Kamara gave the ball away barely once in this one, and was increasingly an integral part of how midfield flowed. But add his contribution to the goal and he will chuffed at his part in his first Old Firm match. 9

In all honestly, great link play and allowed others around him to flourish, but he himself wasn’t able to affect the match the way he’d want to. A metronome of a performance, keeping it ticking, but not overtly outstanding in himself. 7

Can’t fault this man these days. Gerrard’s use of him, however it’s defined, is taking Ibrox Noise’s joint POTY (along with McGregor) to new heights beyond even that. He has been simply faultless recently, and Gerrard’s deployment of him is getting even more from him. Supreme display, and that’s without his brilliant goal. 10

Lively early on, but did fade a little in effectiveness as it wore on and became more of a channel for an out ball. His presence helped make the team as good as it was yesterday, and while his individual performance wasn’t maybe as electric as we know he can do, he still had a good match and was a big part of the overall display. 7

In all honestly a pretty quiet afternoon from Defoe – had a few small chances, didn’t take them, but wasn’t really given any truly clear opportunities. Was in fact lucky not to be booked for the second weird lash out in recent matches. 5

Helped the flow of the game but didn’t really have a major impact on the match. Was a weak replacement for Arfield.

Didn’t do much more than Defoe, in truth. Beyond fouling people.

No time to make impact.

Gerrard seems to be nailing this right now. He’s found a system and formula that works, having taken a season to do so. He seems to have stumbled upon a way of using players in slightly unconventional ways which appears to get more out of them than we’ve seen most of the season, and for once he is being consistent with selection and keeping in those who earn their place. Rotation, currently, is a thing of the past and while it took him a while to get to this point, he’s getting everything spot on at the moment and we can’t complain with anything. He’ll just be gutted about Liverpool… 10