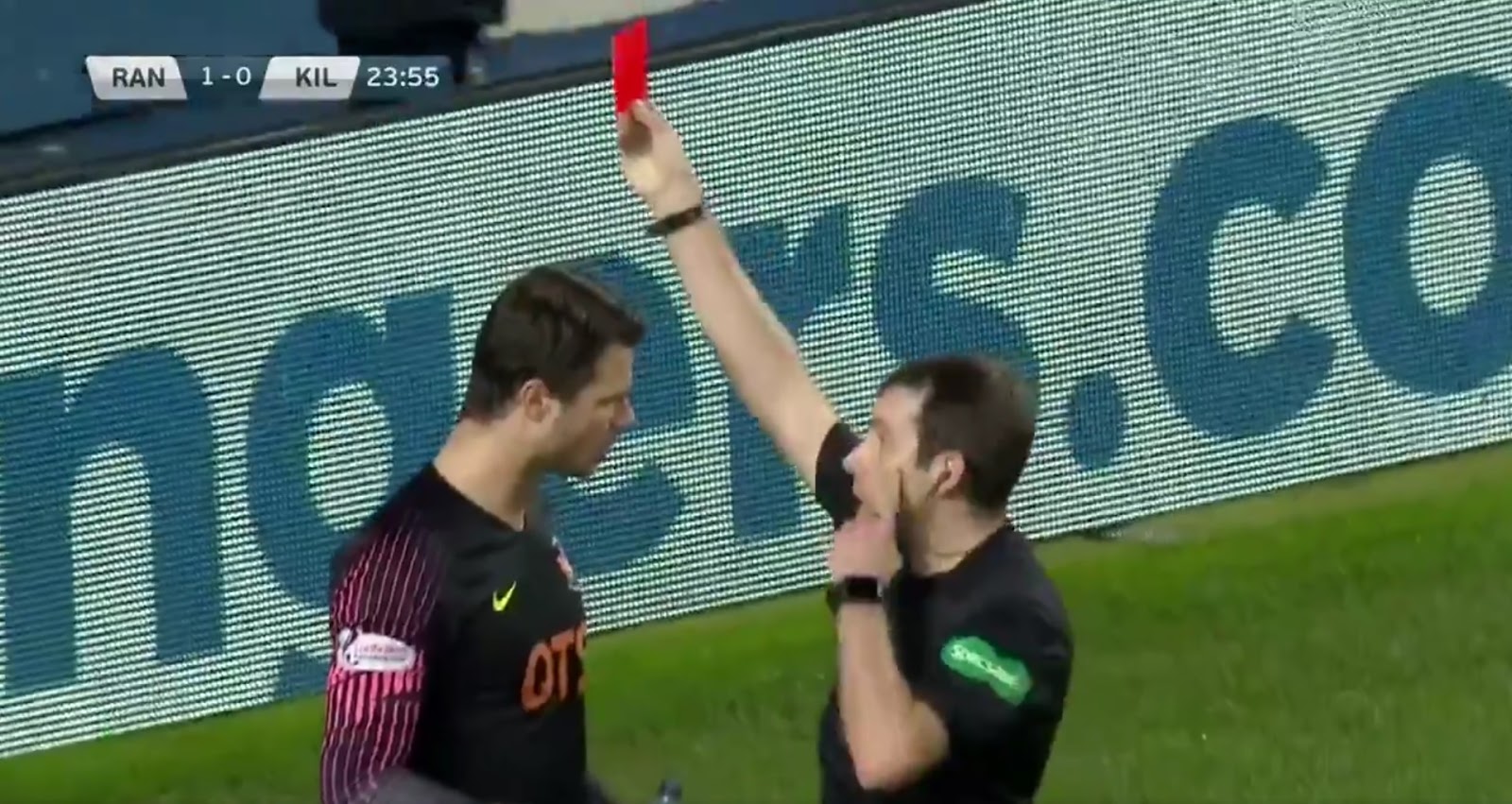 Sure, Kilmarnock had a man sent off, but last night’s colossal win over Steve Clarke’s side was one of the most one-sided matches seen at Ibrox in years, with 5-0 barely doing the home side justice and the stats for the visitors telling the whole story.

However, there was a lot of incident and a lot to chew through to get the full picture, and we have to begin with the sending of Killie stopper Daniel Bachmann.

True, Rangers were already one up and cruising in this one before the keeper was sent off, so we’re not absolutely sure just how much the decision hurt Kilmarnock beyond their already rather weak start, but the incident has been extremely contentious.

Having viewed it from a few angles, it is absolutely unclear who exactly made contact, if anyone, with Glen Kamara.

The Finn was sandwiched between Bachmann and Rangers’ old friend Alan Power, and as the keeper raised his arms like any goalie, Kamara hurtled to the floor, while Power similarly had his arms wrapped around the ex-Dundee man.

Was it a red card? Bachmann is not looking at Kamara and frankly neither is Power – both appear to be holding their position, and we’re not convinced at all that that Bachmann is in the wrong.

The footage we have is ultimately rather inconclusive and Steve Clarke may be right to call the red card a joke, but equally he may be wrong too.

If we’re honest, the keeper doesn’t seem to attack Kamara, just raise his arms, and Power doesn’t seem that aggressive either, just ‘attentive’. Only Kamara knows how much contact there really was, and ultimately we don’t think the card change the game much anyway given how far ahead Rangers were by the time the keeper took a bath, but nevertheless it wasn’t exactly clear cut.

It looks, at the worst, like Bachmann may have caught Kamara accidentally with his elbow, but only Bachmann and Kamara know how much contact there really was.

All this incident highlights is two things; how poor Scottish referees are, and how hard their job actually is.

What do you think – red or not?